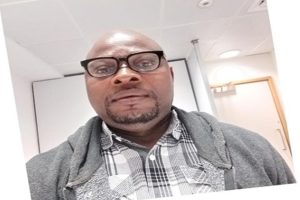 A housewife, Eniye Zuokemefa Peter has been arrested by the Bayelsa police command on suspicion of killing her husband, Enebraye Zuokemefa Peter, a lecturer at Bayelsa State College of Education, Sagbama over the weekend.

Mrs Peter was arrested on a complaint filed by the deceased’s relatives with the authorities over the murder of her husband.

She accused him of lack of self-control because she got the news that he had 2 children with an unmarried woman.

Police spokesperson SP Asinim Butswat said she was arrested based on previous threats against her husband, Daily Trust reported.

He was reportedly shot three times by gunmen last Friday after withdrawing money at a Point-of-Sale (POS) along Old Assembly Quarters Road in Ekeki area of Yenagoa, the state capital.

A relative of the deceased, who asked not to be named, said the woman had been trying to kill her husband for allegedly having children with another woman, even though she had never given birth.

According to him, “The marriage was filled with turbulence with the woman leaving her matrimonial home on several occasions but they recently made up when the husband arrived in Yenagoa from a study trip abroad.”

“He was always heard telling family members and close friends to hold his wife responsible if anything happened to him,’’ some neighbours said.

The Ijaw Youth League has called on security operatives and Bayelsa State Governor, Senator Douye Diri, to fish out the killers.