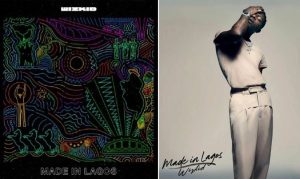 Naija News reports that Wizkid released the 14-track album which is his fourth full-length studio album at exactly 12:11 am on Friday, October 30, 2020. The Starboy record label boss notified his fans of the new body of work in a tweet on the micro-blogging site, Twitter.

This online news platform understands that collaborators in the “Made In Lagos” album include Nigeria’s own Burna Boy, Terri, Tems, and Tay Iwar, as well as his friends from across the globe like Skepta, Damian Marley, and Ella Mai.

In the “Made In Lagos” album, the Nigerian singer paid homage to his roots with live instrumentation and AfroBeat vibes, while taking listeners on an inspirational journey.

Before releasing the new album on Friday, Wizkid dropped a pair of singles including “No Stress” and the uplifting “Smile” with H.E.R, however, the new album marks the end of a three-year cycle of teasers and disappointment for fans.

The producers on the “Made In Lagos” album include Northboi Oracle and a host of others. The album is Wizkid’s fifth overall body of work and follow-up to the disappointing Soundman Vol. 1 EP which was released on Starboy. 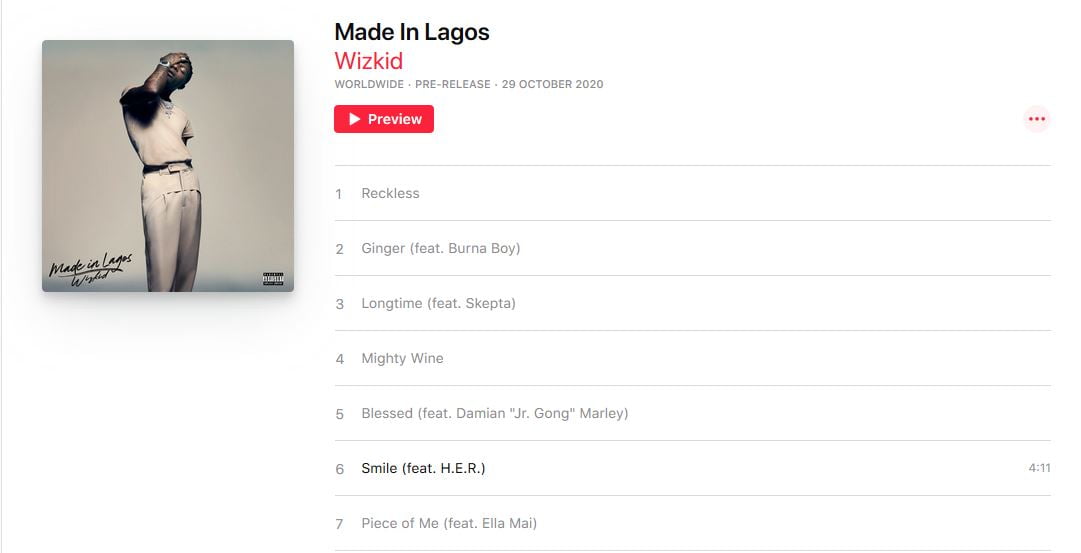