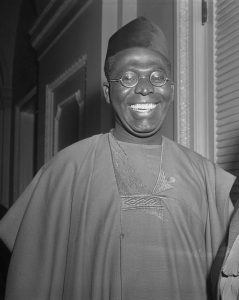 Recall that Babangida became military president in August 1985 following a coup that ousted the then head of state, Muhammadu Buhari.

He promised to hand over power to civilians in 1990 under his first transition to democracy programme before later changing the dates — first to 1992 and then 1993.

In his newly released autobiography, ‘My Life’, Orji Ozor Kalu stated that Awolowo refused to work with Babangida because he never trusted his government.

Kalu, who was governor of Abia state from 1999 to 2007, said Awolowo rejected the invitation of the political bureau set up by Babangida after they asked him to join in their search for recommendations regarding Nigeria’s political future.

“He told me he did not trust the military and that nothing in his crystal ball suggested that the military was sincere about bringing the country back to civil governance,” Kalu wrote of his meeting with Awolowo,” he said.

“I learnt from him that there existed two types of the military which he described as professional and mercenary military.

“He told me the military government was of the latter type (and) assured me that he had not seen anything in the IBB regime to assure him of their messianic mission.”