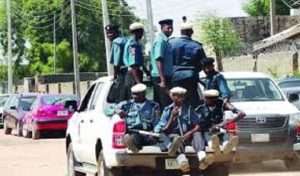 The Bauchi State Command of the Islamic shariah police popularly known as Hisbah has said it will no longer seek for a court order to deal with violators of Shariah Islamic code in the state.

Naija News understands that Hisbah stated this while announcing the confiscation of over two hundred crates of alcoholic drinks from hotels clubs in the state.

Speaking with reporters on Tuesday, February 2, Malam Aminu Balarabe Isah, the Permanent Commissioner in charge of Hisbah and Sharia implementation, said the operation was part of its effort to rid the state misdemeanours.

Giving details of the recent operation by the Hisbah, Isah revealed that 216 crates were confiscated in Misau local government area and 44 in Bauchi club and some beer parlours located in Dass park in Bauchi metropolis.

He said: “We will continue to conduct our search to fish out perpetrators of such misdemeanours.

“We will also be seeking a court order to destroy the items as the subsisting Sharia law implemented in 2003 prohibits sales and consumption of alcoholic drinks.

“No fewer than six operators of beer parlours were also arrested during the patrol and they would soon be prosecuted to serve as a deterrent to others,” he added.

He, however, urged the state government to without further delay approve the appointment of the state Hisbah Board, as well as provide additional financial support to the department.

Naija News reports that the former minister stated this while reacting to a statement from Shehu Sani.