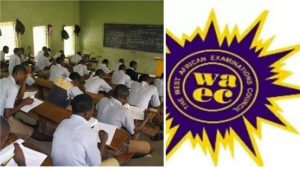 The development was disclosed by the Acting General Officer Commanding, 7 Division, Nigerian Army, Brig.-Gen. Abdul-Khalifa Ibrahim, while playing host to members of Education in Emergency Working Group Nigeria on Thursday in Maiduguri.

Recall that schools in the community were short down after over 200 students were abducted by the terrorists group from the Government Girls Secondary School in 2014.

While the Federal Government has secured the release of some of the abducted girl, others are still in the terrorist captivity till date.

Ibrahim, who is also the Commander Sector 1, Operation Lafiya Dole, was represented by the Chief of Staff of the division, Brig.-Gen. Ifeanyi Otu.

He noted that the terrorist attack on the school is due to Boko Haram’s detest for Western education.

According to him, we want to thank God that the conflict in the entire North East has been brought under control.

“These are all that happened and we have turned around that narrative.

“It will be gladdening to note that for the first time in the past six years, WAEC successfully held WASSCE in Chibok with the military providing security,’’ he said.

Ibrahim said that the Nigerian army had continued to support the resuscitation of education in the North-East while fighting to secure the region from insurgents.

“Let me equally say that the Chief of Army Staff has been making a deliberate effort through the education corps to post in teachers to all schools within the North-East states.

“In the first place, this conflict would not have thrived if not that there was high illiteracy rate in this zone,’’ he said.