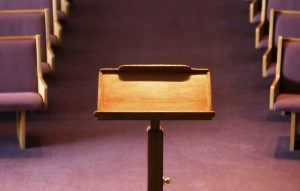 A lady suspected to be a Nigerian has appeared in a viral-video pulling up her skirt amid sermon at an unidentified church.

Naija News understands that the lady whose identity is not known, filmed herself while drawing up the clothing she wore to display her thighs as the pastor preached to the congregation.

No one could at this time identify the lady neither the worship centre where the video was captured but the Snapchat video had a timestamp of Sunday, January 2021.

This is coming barely two weeks after Naija News reported the arrest of four middle-aged men who conspired to cart away musical gadget from a Church.

They were apprehended and arraigned to court on Friday, January 15, 2021, Naija News understands.