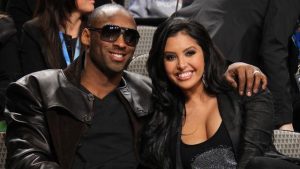 Late Kobe Bryant‘s widow, Vanessa Bryant has sued the helicopter company that owned the crashed helicopter which killed her hubby, daughter Gigi, and 7 others.

According to Vanessa, she is suing the company for allowing her husband, Kobe and Gigi, her daughter fly in an unsafe aircraft.

Vannessa said the company caused the death of the victims by allowing them to fly in a chopper that was not certified to fly in bad weather.

Her lawsuit asserted the ill-fated chopper that crashed on January 26, was only to fly under visual flight rules, but the conditions on the day of the incident were not conducive for such flying.

Vanessa’s suit also implicated the Island Express’ pilot Ara George Zobayan, and it was flying at 180 miles per hour in heavy fog and a steep decline just moments before the crash in Calabasas, California.

She said the pilot slept on his job and did not properly watch or monitor the weather before to takeoff, failed to get accurate weather data before the flight, failed to abort the flight when he noticed the cloudy condition, failed to maintain control of the helicopter in a move that saw her lose her hubby and daughter.

Vanessa, in her suit, is seeking damages and to be compensated by Island Express for burial and funeral expenses.

Vanessa also included ”pre-impact” terror damages for the emotional trauma Kobe and daughter suffered as the pilot struggled to get out of the clouds moments before the accident.

She however did not specify how much she is expecting.