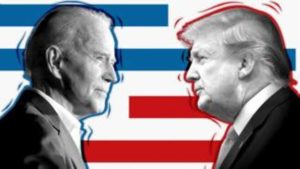 Democratic party candidate, Joe Biden with 264 votes, is six electoral votes away from the needed 270 to win the 2020 presidential election in the United States of America.

As at the time of filing this report, President Donald Trump, candidate of the Republicans is on 214 electoral votes.

The race for the white house has been a close call between the two major candidates even as Americans and the rest of the world wait patiently for the final results.

In the results so far declared, President Trump won the battlegrounds states of Florida, Ohio, and Texas on election day, while Biden added Wisconsin on Wednesday night to the states where he has already claimed victory.

Meanwhile, the votes from Georgia, Nevada, North Carolina, and Pennsylvania are still been awaited while Nevada’s electoral commission says it will not report any votes until 3am Thursday US time. 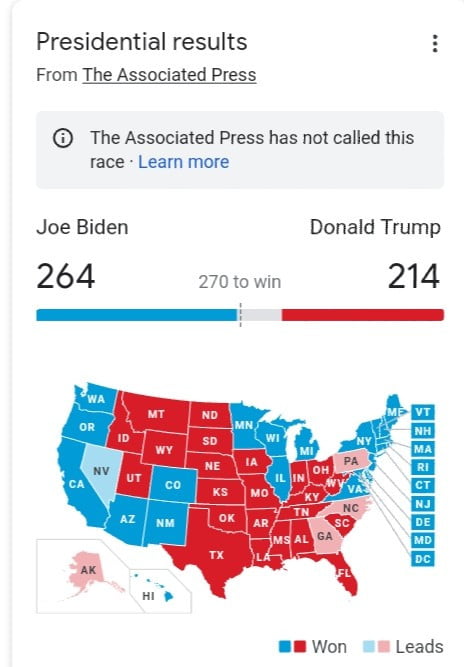 Meanwhile, some protesters have stormed the streets of cities in the United States of America over President Donald Trump’s plan to challenge the outcome of the presidential election in the country.

Protesters have blocked a freeway in Minneapolis, New York thereby leading to the arrest of some by security operatives.

According to New York Times, about 150 pro-Trump protesters, some of them armed in Phoenix can be spotted outside the county recorder’s office where a closely watched count of votes that could help determine the outcome of the election was being conducted.