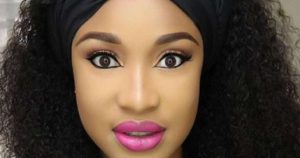 Popular Nollywood actress, Tonto Dikeh has taken to social media to say that nobody should expect to see her photos until she treats her shape.

According to Tonto, many people have been complaining of her been fat than usual. She, however, responded that well she is just fat and not been a robber.

She posted, “Everywhere I go I hear you are FAT, I beg una, Lemme alone jor, Na fat I fat I no THIEF,”
But I Am Fat Sha.”

“Until I slim down, I am not posting one chocom (picture).. Una want see who una go take catch trips.” 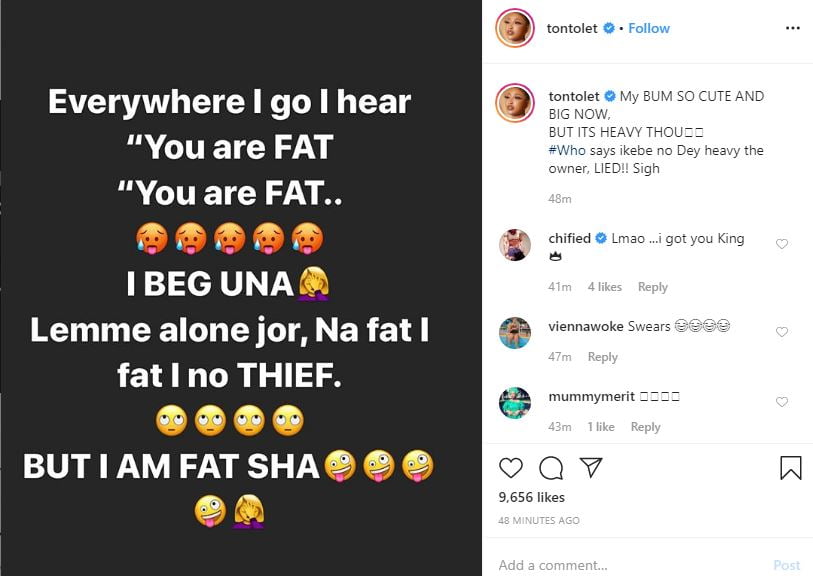 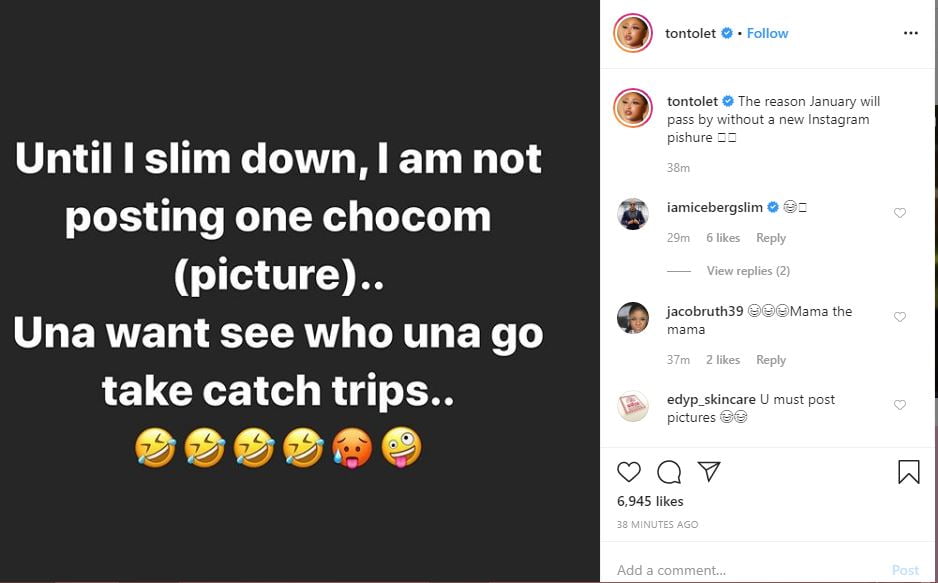 Naija News recalls that Tontolet, as she is fondly called recently returned to Nigeria after spending months in Dubai, following a report that she was arrested by security operatives at the entrance of a hotel in Dubai.