The No. 1 student of Uniabuja decided to make the romantic proposal coincide with the completion of his undergraduate final exams. Students were taken by surprise when on the signing out ceremony, the President bent the knee to propose.

see one more picture below: 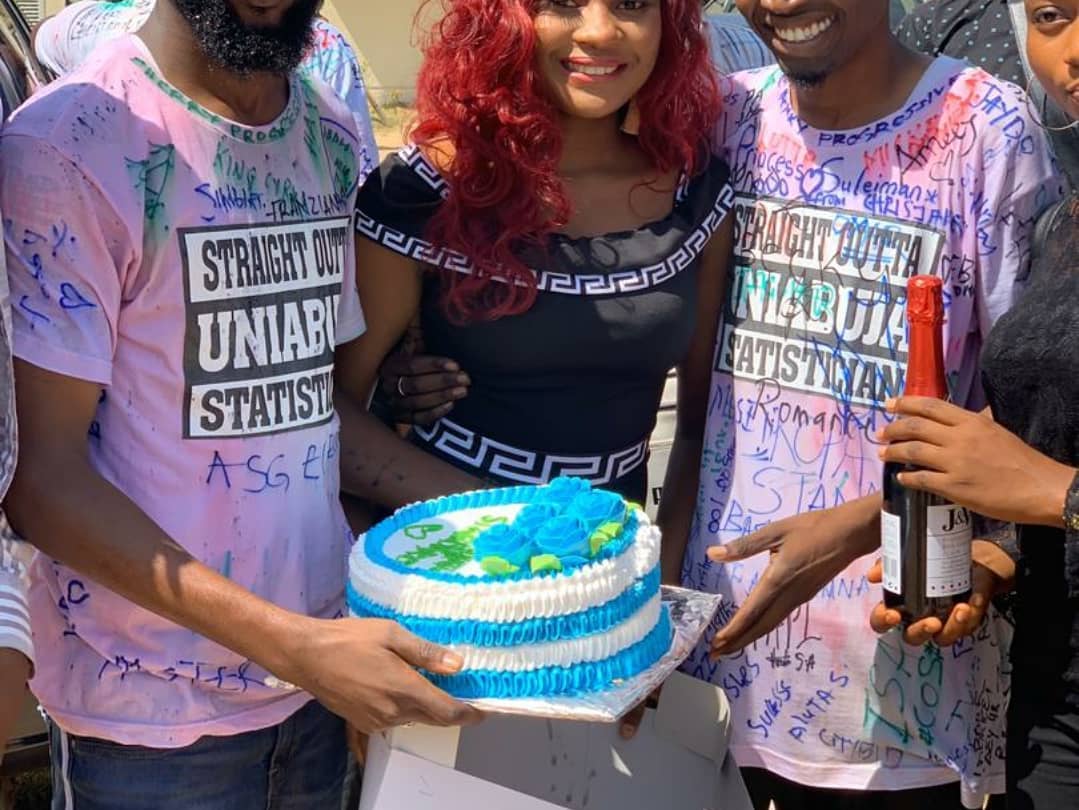