An Uber driver in Lagos state has taken to Twitter to share a  story of an issue between himself and a passenger he recently took to Ikorodu in Lagos.

According to the driver, the passenger forgot a wallet in his car.

He narrated that when the passenger finally contacted him, he refused to return the rider’s wallet after seeing the contents. 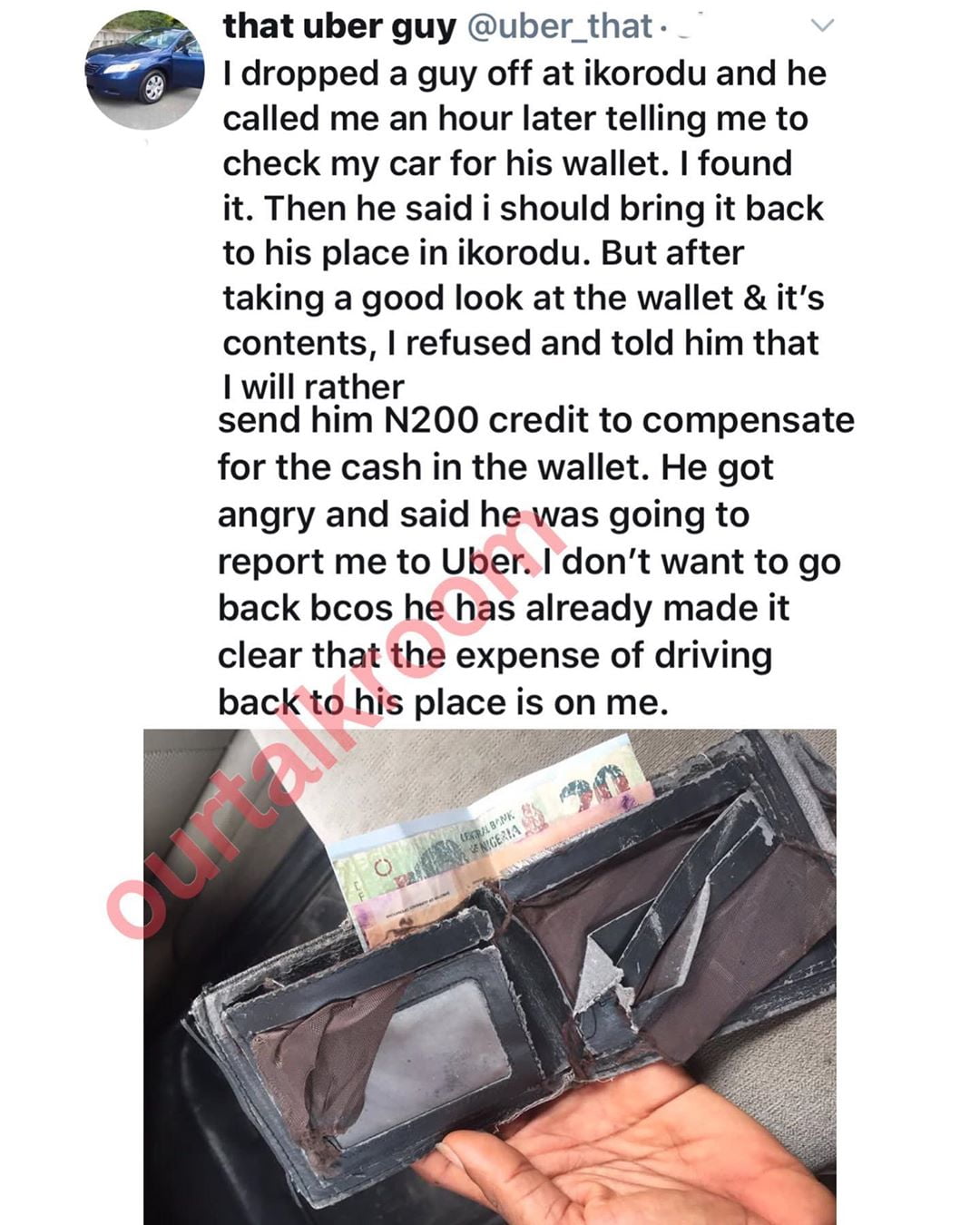