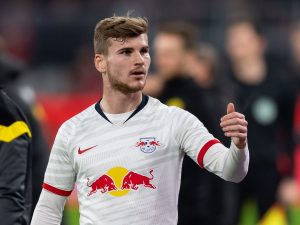 English Premier League side, Liverpool have been given until the end of April to activate Timo Werner‘s release clause.

The Reds had earlier reached out to RB Leipzig during the January transfer window.

According to BILD, Werner has a release clause of £50million to £55million depending on Leipzig’s performance.

The Champions League holder will be forced to make an early move, as the release clause expires after April.

Werner has been on top of his game having scored 20 goals in 21 league matches so far this season.

Jurgen Klopp’s men who are on the verge of winning the Premier League title will be hoping to defend their trophy.