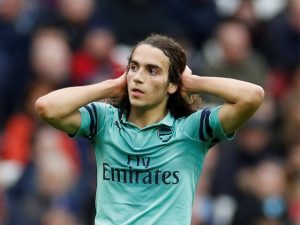 English Premier League side, Arsenal has been offered Julian Draxler by Paris Saint-Germain in exchange for Matteo Guendouzi.

Guendouzi is out of favour at the Emirates, following a number of disciplinary issues under Mikel Arteta.

The midfielder’s future with the North London side seems bleak and the club wants to sell him around £30million.

PSG are planning a possible more for the 21-year-old, who came through their academy before leaving for Lorient in 2014 and could offer Draxler in return.

Draxler has entered the final 12 months of his contract with the Ligue 1 champions and PSG are keen to sell him rather than lose him for free next summer.