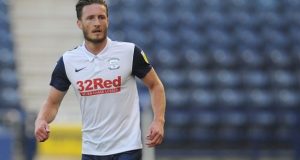 English Premier League champions, Liverpool have signed centre-back Ben Davies from Preston. Ben Davies will cost them £500,000 upfront, with another £1.5m or so in structured add-ons.

Davies while speaking on his move said, “I’m obviously delighted to be here. It’s a huge opportunity, obviously, it came as a bit of a surprise when it first came but the opportunity that is in front of me is incredible. I’d be silly to not make the most of it.”

“I’ve never actually been to Anfield and I haven’t actually walked out of the tunnel yet, so I’m looking forward to that,” the 25-year-old added. “Just to be in this kind of atmosphere is brilliant.”