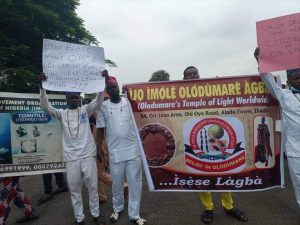 The Oyo State Government secretariat in Agodi, Ibadan, the state capital was reportedly crowded on Tuesday, September 8 by the state chapter of Traditional Religion Worshippers’ Association of Nigeria to protest against the marginalization of their association.

The group on Tuesday morning stormed the state secretariat to staged a peaceful protest and as well made their demands which include the inclusion of five public holidays for the association in the state government’s yearly breaks/holidays, Naija News learnt.

The demand was noted in one of the placards that were seen with the protesters while expressing their grievance over discrimination against deities worshippers in the state.

See below some photos from the protest by the Traditional Worshipers; 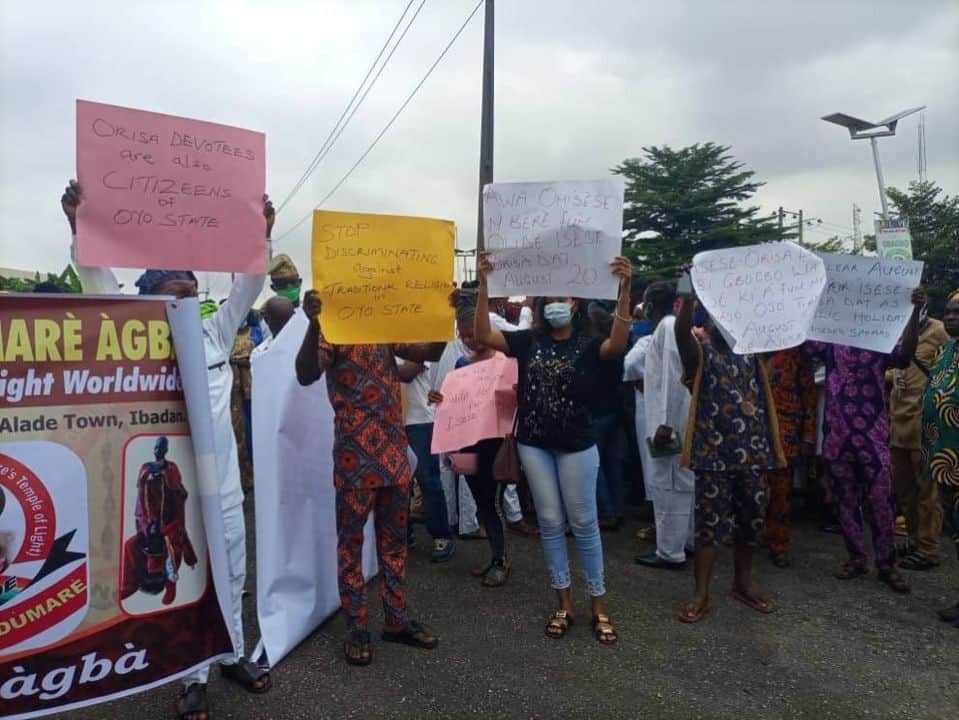 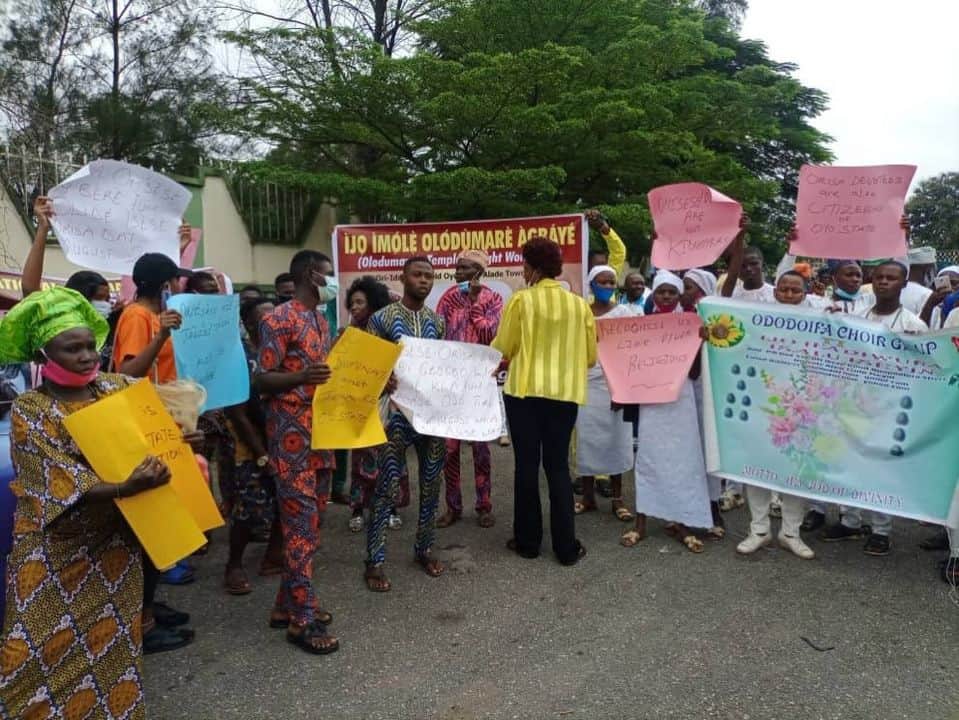 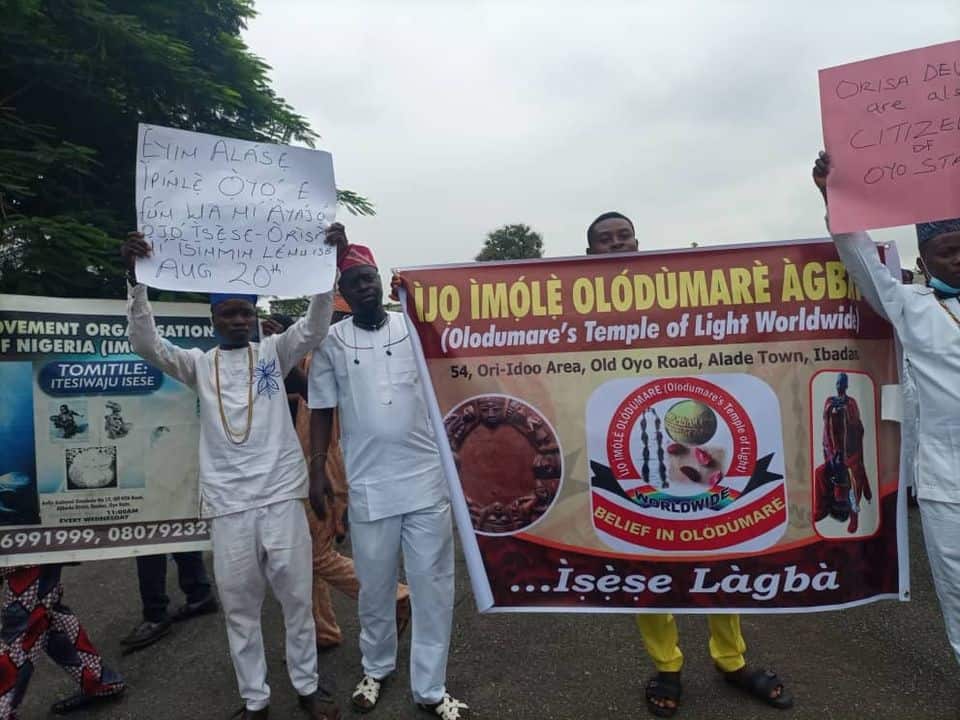 The Traditional Worshippers urged the Oyo state government against the marginalization and neglect of their association.

According to the traditional Religion worshippers, “Orisa devotees are also citizens of Oyo State.”

Speaking with reporters on the demand, the General Secretary, Traditional Religion Worshippers’ Association of Nigeria, Dr. Ifayemi Ifakayode, noted that “the protest was a sequel to the discrimination suffered in the hands of the Oyo state government and the refusal of governor Seyi Makinde to give them an audience and approve public holidays for the traditional worshippers.”

Responding to the traditional worshipers on behalf of governor Makinde, the executive assistant to the governor on Security matters, retired CP Sunday Odukoya, appealed to the protesters to be civil in their agitation and assured that he will deliver their messages to the governor.

Meanwhile, Governor Seyi Makinde has been advised by Senator Biodun Olujimi to shun threats from former Ekiti State Governor Ayodele Fayose and others over the crisis rocking the Peoples Democratic Party in the state.