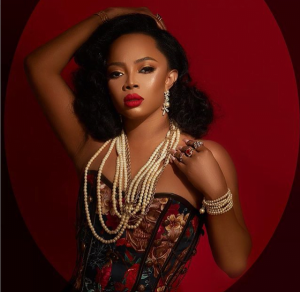 Nigerian celebrity and On-Air-Personality (OAP), Toke Makinwa has revealed that she had her first sex as a thirteen-year-old girl.

She made the revelation on Thursday during one of her vlogging sessions in which she answered questions from her fans and followers.

According to the celebrity, the incident happened when she was still in secondary school and it was with her senior and fellow student who was in SS 3 at that time.

She added that she can’t explain why she did it at that time but appealed to people not to judge her.

Justice Olukayode Ogunjobi gave Makinwa and her publisher 30 days to delete the said defamatory words from unsold copies of her book in their custody.