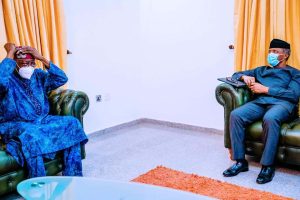 Asiwaju Bola Tinubu, National Leader of the All Progressives Congress (APC) met with Vice President Yemi Osinbajo over the weekend.

As at the time of filing this report, the purpose of the meeting could however not yet be established.

However, presidential media aide, Ajuri Ngelale who also shared the picture of the meeting between Tinubu and Osinbajo on his Twitter handle on Sunday, added a caption which reads:

“True Friendships & Partnerships Are Never Dictated By The Expediency Of A Given Moment. They Are Built Firmly Inside To Impact What Is External. Never To Be Shaped & Defined By Outside Noise.” 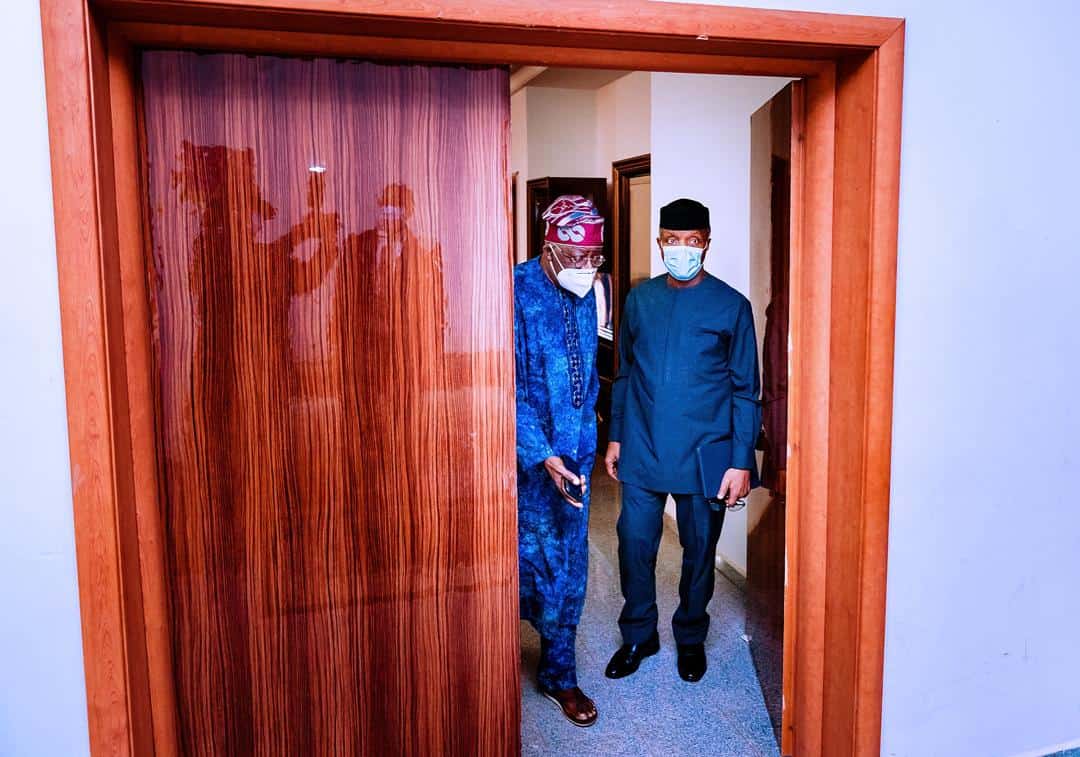 Meanwhile, while Tinubu had on severally insisted he has not taken any decision on contesting the 2023 presidency in Nigeria, political rumours have it that the former Lagos State Governor is gearing up to replace President Muhammadu Buhari whose tenure expires in 2023.

Some reports even suggest for House of Reps Speaker, Yakubu Dogara who recently dumped the Peoples Democratic Party for the APC will fly a joint ticket with Tinubu.

The rumours have however been shut down by the two leaders and their party. 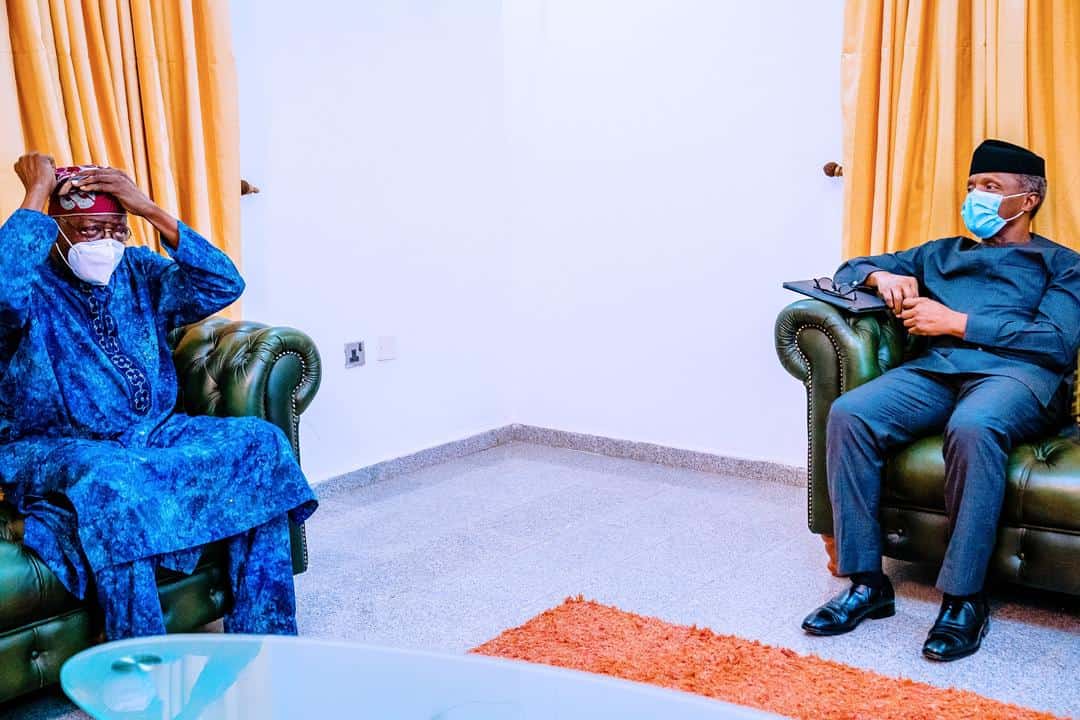 Similarly, Professor Osinbajo has also recently noted that he is more interested in serving Nigeria and not focused on the 2023 presidential election.

Amidst rumours of contesting the 2023 presidency and talks about shifting powers in 2023 to the Southern part of Nigeria, the Vice President while speaking with lawyers at the virtual 2020 conference of the Nigerian Bar Association (NBA), said his attention is on burning issues that need to be addressed not on the 2023 elections.

“I am incredibly grateful for the opportunity to serve Nigeria and right now I am focused on doing just that.

“There are issues to be tackled and that has my undivided attention.”