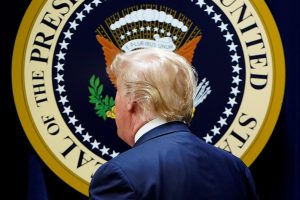 A judge in the state of Michigan has rejected a petition filed by President Donald Trump to stop counting ballots cast by post in the state.

Joe Biden was declared the winner in Michigan, with 50.59% of the vote against 47.88% for Donald Trump. He filed a lawsuit concerning the processing of postal votes.

The judge, Cynthia Stephens, dismissed the complaint, saying the case was adjourned – hours before the count was completed – and that the person who should not have been prosecuted had been charged – as a result of the Secretary of State. the state has no control over the vote count.

Trump’s campaign committee wanted the count to be stopped until some Republican election observers were present at the count.