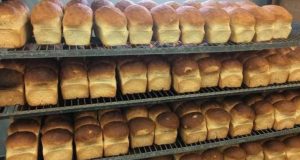 The Kogi State government will introduce a new tax on every baked bread in the state, according to The Cable.

The Ministry of Commerce and Industry says the tax will help increase domestic revenue.

However, the state bakery association said they do not support the tax.

A senior member of the group known as Godfirst said they were planning to meet with those responsible for collecting the money.

Godfirst said they have received a notice from the ministry that taxes have been imposed “each loaf of bread” produced.

He said bakery owners were suffering from the high cost of living caused by the Korona epidemic so they could not comply with the order.

“We are not happy about it, presently there is no market. We are facing different types of challenges, and if they are now asking us to pay another tax, we don’t know how we can cope,” he said.