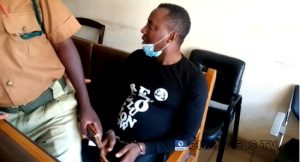 The President of the Women Arise and Centre for Change, Joe Oke-Odunmakin, has called for the unconditional release of former Presidential candidate, Omoyele Sowore.

Recall that the human right activist and four others were arrested by the police for holding a protest on New Year Eve.

Oke-Odumakin, in a statement released on Sunday, described the arrest of the SaharaReporters publisher as unlawful and a violation of the rights of the victims.

She said, “There have been allegations of torture against the Nigerian state over the maltreatment of Mr Sowore since the latest arrest.”

“These are clearly unconstitutional and are a clear violation of his person.”

“We demand the immediate release of Sowore and his colleagues from these unjust conditions, which are clearly unconstitutional.”

“It should by now be clear to the Nigerian state that these intimidating acts cannot stop Nigerians from demanding for the right things to be done in the country.”

Naija News had earlier reported that the bail application filed by the Publisher of SaharaReporters, Omoyele Sowore and four others was on Friday stalled after the Police failed to produce the defendants at the Chief Magistrate Court, Wuse 2, in Abuja.

The Police on Monday had arraigned the defendants for alleged criminal conspiracy, unlawful assembly and inciting public disturbance.