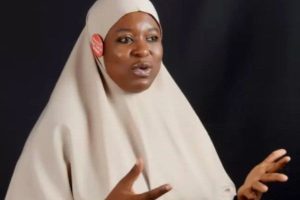 The Presidential candidate of the Peoples Democratic Party, Atiku Abubakar, has been called out by the Co-Convener of the BringBackOurGrils movement, Aisha Yesufu over the persistent killings in Southern Kaduna.

The activist noted that rather than staying silent, the former Vice President and his supporters should come out and speak against the killings in Southern Kaduna.

Yesufu stated this while reacting to those challenging the former Minister of Education, Oby Ezekwesili over her silence in the face of fresh attacks in the area.

In a tweet on her Twitter handle, the activist wrote: “When Dr Oby Ezekwesili @obyezeks marched against these killings alone and was harassed by DSS at villa gate you mocked her. Why don’t you call the Atiku Abubakar @atiku you said had structure? Abi his structure doesn’t get to stand for your rights?”

“Where are the PDP leaders? Where are the Atiku’s people that go around shouting Atikulated when people are being killed in Southern Kaduna?”

“Why won’t PDP and all those so-called leaders who want votes come out and start talking about the Southern Kaduna killings.”