South African President Cyril Ramaphosa has announced 28 member cabinet who will help him deliver good governance to the people for the next five years.

While addressing the press on Wednesday evening at the Union Buildings in the capital city of Tshwane, Ramaphosa revealed that he had cut cabinet down the number of ministries in the country from 36 to 28. 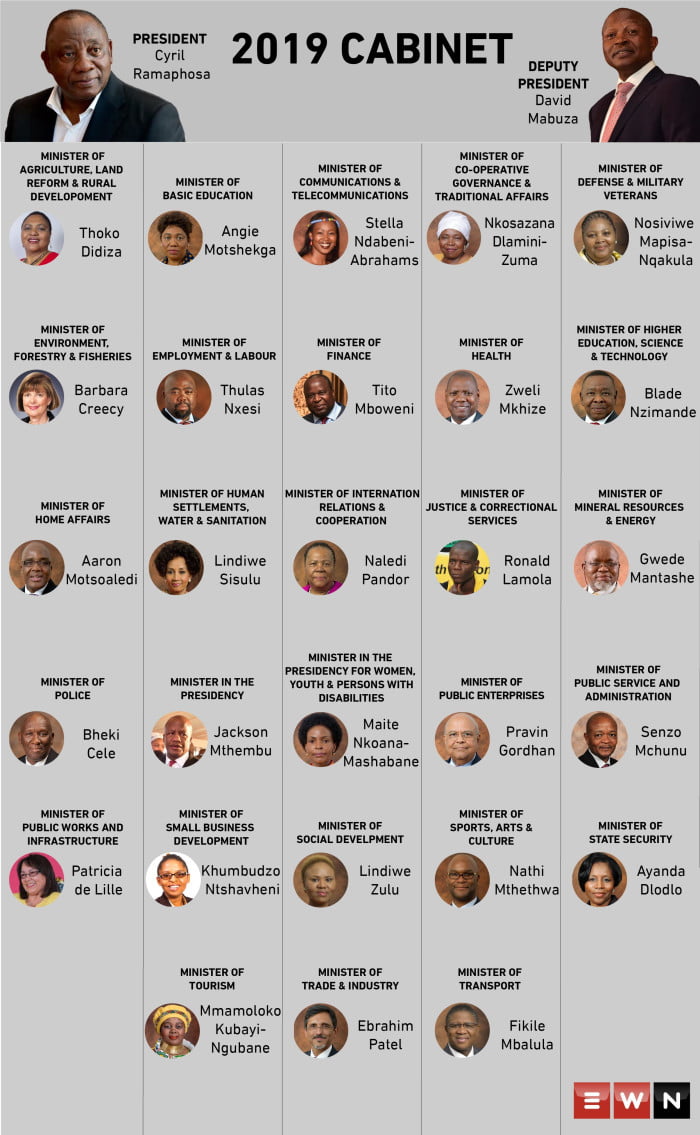 The cabinet announced by the 66-year-old president had 14 men and 14 women to achieve gender parity.

“To promote greater coherence, better coordination and improved efficiency, we (are) reducing the number of ministers from 36 to 28,” Ramaphosa said.

“This is a significant move of downscaling our state. Many people believed our government was bloated and this was agreed right across the board. All South Africans are acutely aware of the great economic difficulties our country has been experiencing.

“It is therefore imperative, we place a priority on revitalising our economy while exercising the greatest care in the use of public funds. For the first time in the history of our country, half of all ministers are women.”

Patricia De Lille, the leader of an opposition party and former mayor of Cape Town, was also named as minister of public works and infrastructure.

Reacting to her appointment, De Lille said: “I am deeply honoured and humbled to have received the call to serve as a Minister of South Africa’s new cabinet. I have fought for justice in our country for more than 40 years and have no plans to give up fighting.”

The South African rand reacted positively to Ramaphosa’s cabinet, strengthening by 0.5 percent, after an initial loss of one percent before he named the ministers.

Meanwhile, South African Black Business Council in its reaction to the new cabinet said it was pleased that the Ministry of Small Business has been retained in the modified Cabinet.

The council’s president Sandile Zungu said they hoped that the department would finally implement its mandate.

“We’re specifically pleased with the retention of the Ministry for Small Business Development because it’s going to be critical on a road trajectory that we’re going to take this country towards.”