Some members of the Islamic Movement in Nigeria (IMN) have broken into the premises of the national assembly, forcing federal lawmakers to adjourn plenary.

The IMN members were said to have overpowered security operatives before breaking down the first gate.Shouts of “Allah Akbar” rented the air after the aggrieved protesters gained entry into the complex. 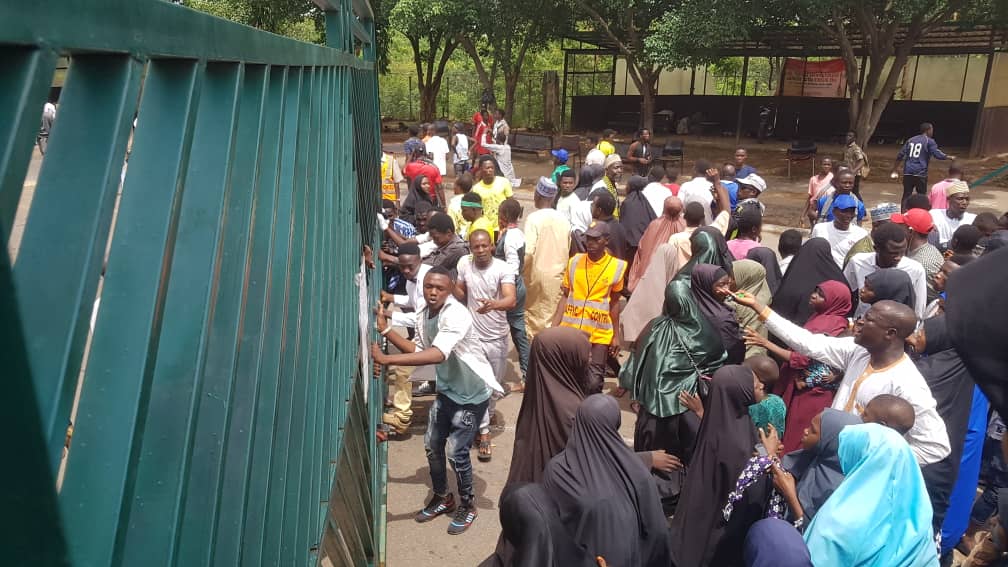 They advanced towards the second gate, which leads to the chambers but were stopped by their leaders who appealed to them not to proceed further.

At this point the policemen who had fled also joined to make entreaties to the mob. The protesters demanded the release of their leader, Ibrahim El-Zakzaky.

#THEBRIEF: Members of the Islamic Movement of Nigeria (IMN) have stormed the premises of the national assembly in protest of the continued detention of their leader, Ibrahim El-Zakzaky. pic.twitter.com/xMCkmt2YK6

Meanwhile, Naija News learnt that the Deputy Speaker of the House of Representatives, Yusuf Lasun had earlier called for the adjournment of plenary when he learnt that the protesters broke into the premises of the national assembly.

But more investigations revealed that the security operatives later overpowered the protesters and that the plenary went on smoothly.

They are protesting the continued detention of Ibrahim El-Zakzaky, their leader.

Lasun presided over the plenary as more security operatives were deployed in the second gate, which is just metres away from where the lawmakers were meeting. Security has also been beefed up around the premises of the legislative chamber.