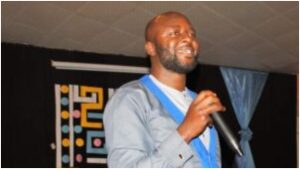 The Resident Pastor of Shepherd House Assembly International in Jos, Tajan Moltok, on Sunday, shared his thought about the use of sex toys.

The cleric while preaching on a sermon titled ‘Understanding the Anointing’ described the use of sex toys as a perversion of nature.

Moltok noted that the act is a sin of lawlessness and degeneration of morality.

The cleric further stated that the church must return to God and be sanitised to live right to His glory.

Moltok added, “The church must come back to God. You cannot be in church and you are keeping malice with someone for one year. The anointing will give you a forgiving spirit.”

He claimed that the anointing of God would renew believers’ strength and empower them to be victorious against their enemies.

Naija News had earlier reported during the week that popular Nigerian musician, Duncan Mighty, disclosed that he is not the father of his 4-year-old daughter, Mitchell.