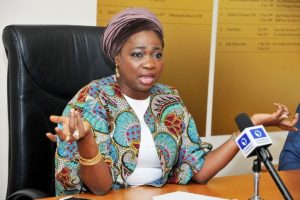 Chairman of the Nigerians in Diaspora Commission, Abike Dabiri-Erewa has stated that some Nigerians who took part in the #EndSARS protest in Egypt are facing deportation, from the country.

On October 18, while the protest was still ongoing in Nigeria, some Nigerian, living in Egypt who protested in diaspora, were arrested for holding a protest in front of the Nigerian High Commission in Cairo without a permit.

She gave an update of the arrested Nigerians, saying seven of the Nigerians who participated in the protest are to be deported for not having residence permits.

”Update on the 8 Nigerians detained in Cairo for protesting without a permit 7 of them are to be deported to Nigeria for for lack of resident permits.The only one that has Residency will get final clearance from the Minister of Interior

After signing an undertaking not go against laws of Egypt. The Nigerian mission in Egypt is still appealing for leniency on behalf of the seven slated for deportation” 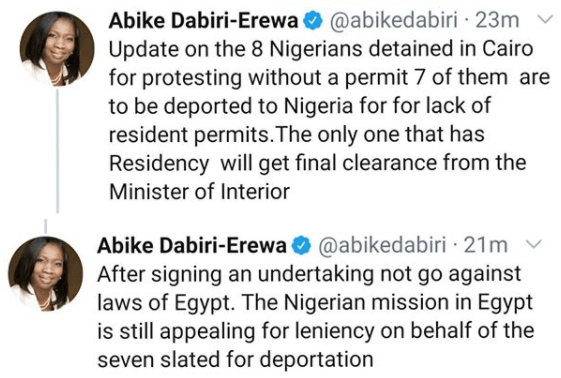