Motunrayo is said to have graduated from Kogi state University, where she studied Banking and Finance.

Just before the act, she was said to have written a suicide note for her Parents and siblings

See her note below: 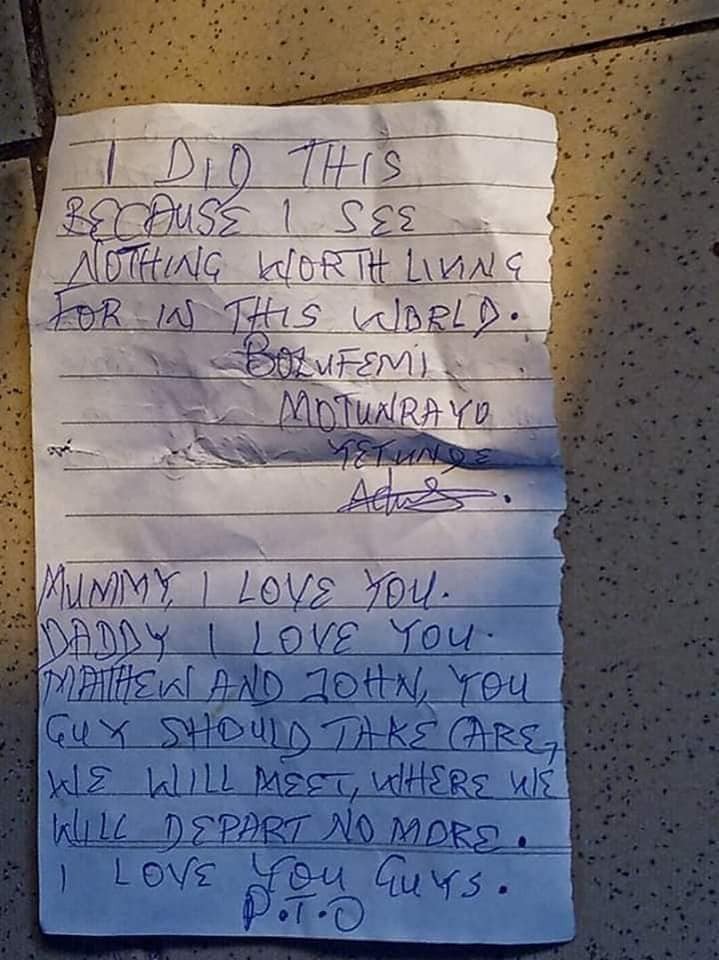 The spate of suicide or attempted suicide in the country has increased in recent times.