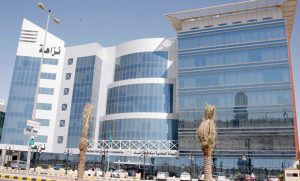 The Saudi Anti-Corruption Commission has reopened investigations into serious crimes in various parts of the country.

In a report posted on its website, the Nazaha Anti-Corruption Commission said the charges included fraud and bribery involving high-ranking officials.

According to the Saudi Gazette a retired major general of the Presidency of State Security, a former adviser at the ministry of interior, a retired brigadier general from the Ministry of Interior, two businessmen and two residents of Arab nationality who worked as mediators have all been arrested for their alleged involvement.

Apart from them, there are other officials who are also accused of embezzling millions of riyals.

The authority said it will continue to pursue anyone who exploits the public office to achieve personal gain or harm the public interest in any way possible, and that the accountability extends far beyond the retirement of any individual, as the crimes of financial and administrative corruption have no statute of limitations, and that it will apply what the law rules against the violators with zero tolerance.