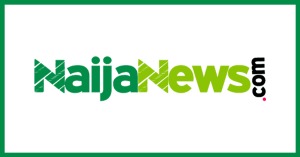 Here are some important happenings in the month of October.

President Muhammadu Buhari on Thursday in his Independence Day message, disclosed a new price for the pump price of petrol in the country.

The President in his statement said fuel will now be sold at N161 per liter in Nigeria, he added that other nations such as Ghana, Niger, Chad Saudi Arabia and other oil-producing countries sell petrol on a higher prices than Nigeria.

#EndSars: What The IGP Said As He Disbands SARS Nationwide (Full Statement)

The federal government of Nigeria on Sunday, 11th October 2020, announced the immediate dissolution of the Special Anti-Robbery Squad (SARS).

The Inspector-General of Police, Mohammed Adamu made the announcement during a live broadcast.

In a statement by the Force spokesman, Frank Mba, the new unit is named Special Weapons and Tactics Team – (SWAT).

This was made known in a statement by NECO’s Head, Information and Public Relations Division, Azeez Sani.

The governor of Rivers State, south-south Nigeria, Nyesom Wike, signed an executive order to reinforce the ban on Indigenous Peoples of Biafra (IPOB) and its activities in the State.

Naija News reports that Governor Wike disclosed he has signed an executive order proscribing IPOB in Rivers during a state broadcast on Wednesday night, a day IPOB worldwide leader, Nnamdi Kanu, referred to him as a “little Hitler”.