The Duke and Duchess of Sussex are presently in South Africa with baby Archie for their first official tour as a family.

Naija News understands that the 10-day trip which began with an education workshop in Nyanga, a township was earlier crippled by gang violence and crime that sits on the outskirts of the city’s stunning beaches and rolling vineyards.

Here are some of the pictures of the Royal Family at the education workshop in Nyanga. 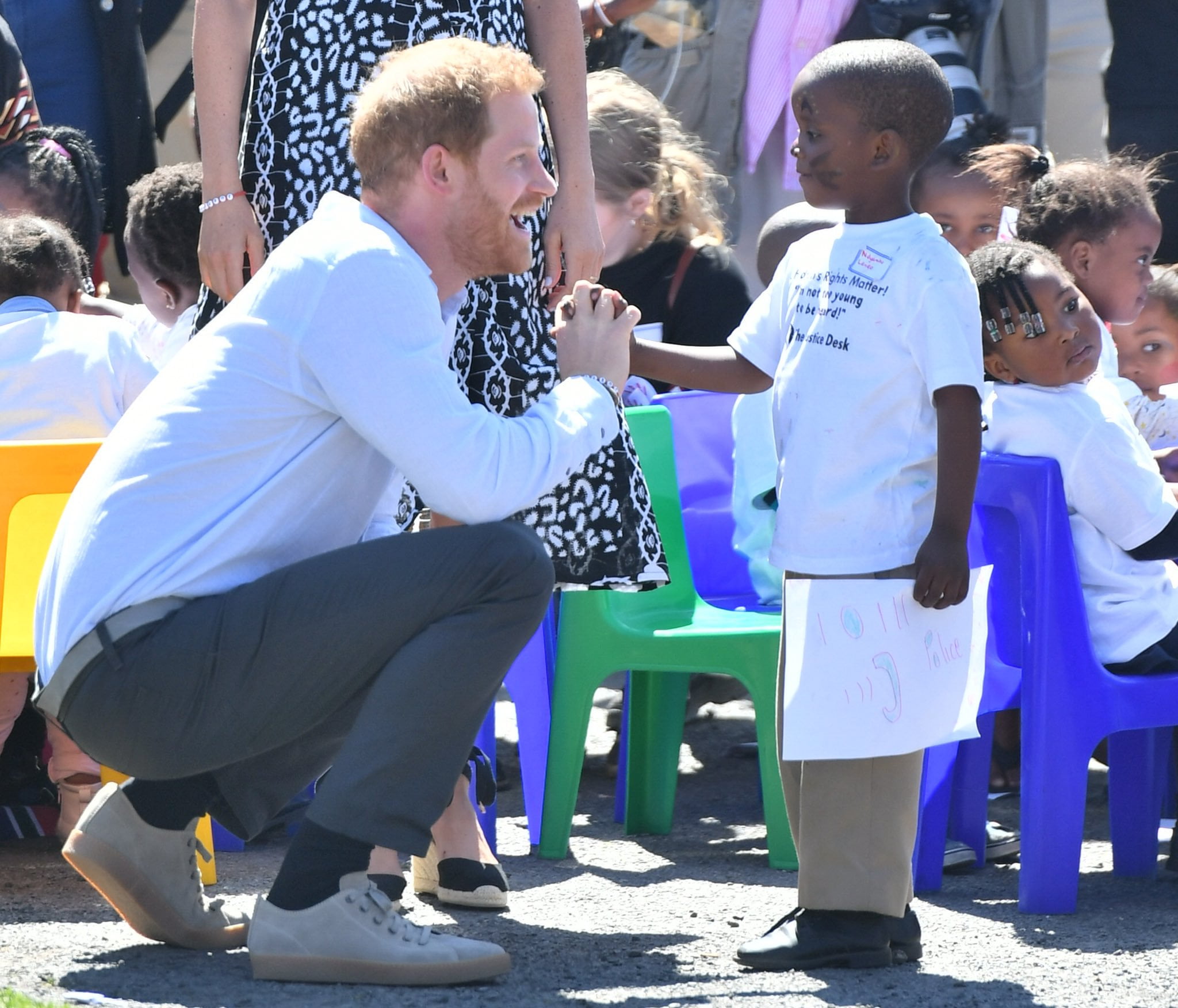 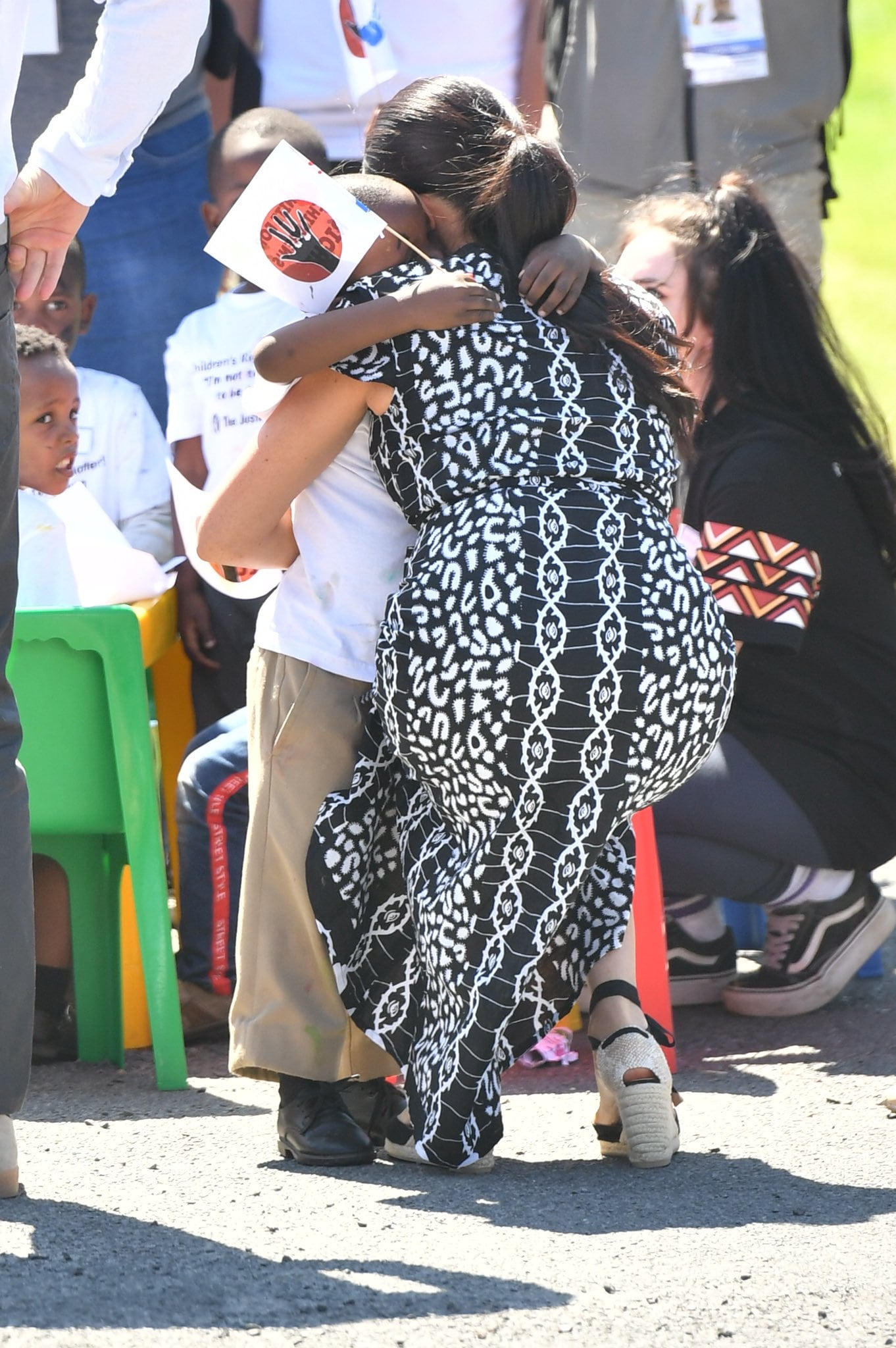 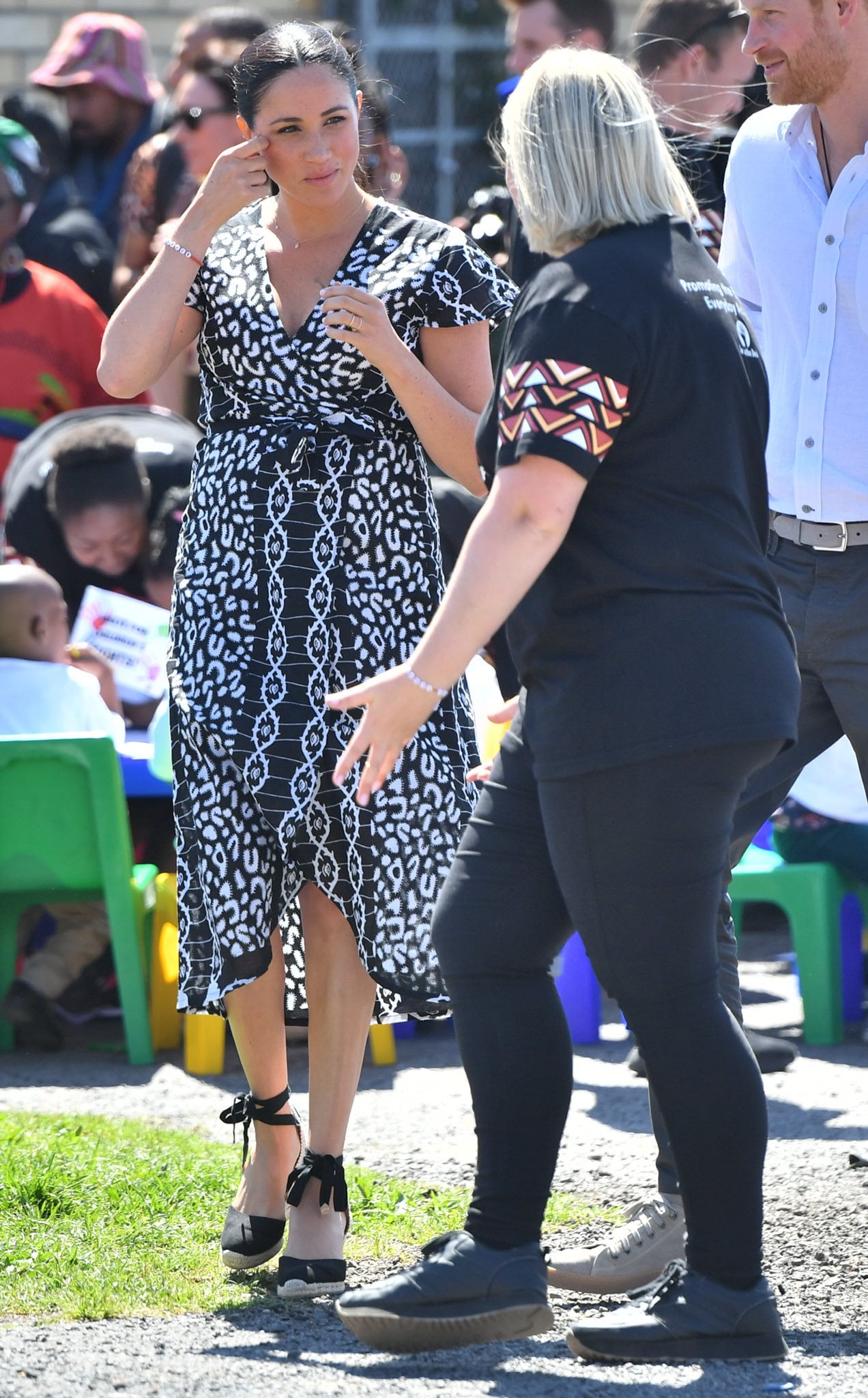 The Duke of Sussex was also seen speaking against child and women maltreatment while the Duchess who is an American who describes herself as “half black and half white” promise to delve into South Africa’s history and life under the apartheid regime, which classed and divided people according to their skin colour.

Here is the video below

Meghan: While I’m here as a member of the Royal Family, I stand here before you as a mother, a wife, a woman, as a woman of colour and as your sister. pic.twitter.com/U2rhDr6BsK

Meanwhile, the royal family is also expected to visit the District Six museum, a memorial to the forced relocation of some 60,000 non-white residents from the city center during apartheid.

The family is expected to remain together until Wednesday when Harry will travel alone to Botswana, Angola and Malawi.

He will visit conservation and HIV prevention projects, and a cleared minefield in Angola through which his late mother Princess Diana famously crossed in 1997.

The duchess will remain in South Africa, where she will conduct various activities to raise awareness about women’s rights.

She and Archie will reunite with Harry in Johannesburg next week, where they will complete the last day of the tour together and fly back on October 2.