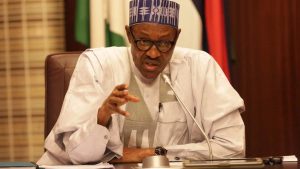 The President who gave the warning today while declaring open the second edition of the conference of Auditors-General in Nigeria said no one in government should be afraid of an audit if they have done the right thing. The President, therefore, encouraged public servants to see audit as a means of improving their performance and not as a threat.

President Buhari challenged auditors to adhere to the professional code of conduct guiding their operations while ensuring timely and quality review of the financial performance of public officers. He also charged Auditors-General in Nigeria to maximize the use of their constitutional powers in the fight against corruption.

The President expressed concern that ineffective audits had contributed largely to governance problems over the years, urging auditors to embrace good governance, accountability and transparency, which are hallmarks of this administration.

Commenting on the 2016 and 2017 Annual Reports of the Auditor-General of the Federation, the President noted that the audit opinion was in line with the reality of corruption, mismanagement and misappropriation facing the nation.

The President commended the Auditor-General of the Federation for his efforts, saying: ”I want to encourage you to continue to do your best. It is important that all Federal Ministries, Departments and Agencies (MDAs) are kept on their toes through timely and high-quality audits.”

Acknowledging that auditors are facing several challenges, the President noted that very few States had the operational and financial independence necessary to deliver high level performance.

He assured the auditors that efforts are being made to strengthen the independence of their offices, encouraging them to strive to achieve maximum impact with the powers they currently have. Emphasizing the need for quality audit, President Buhari asked the conference to reflect on the following: