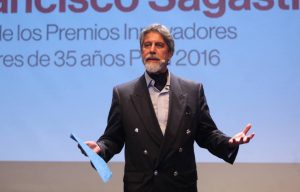 76-year-old former World Bank official, Francisco Sagasti, was on Monday appointed by Peru’s Congress as the new president of the country.

The appointment of Sagasti makes him the third president of the South America country in a week.

Sagasti was appointed as president as lawmakers in the country tries to find out solution to the political crisis.

Former President of Peru was impeached, while Merino resigned following the death of two protesters.