Naija News understands that not less than 500 science teachers, 40 lawyers, ICT workers in various ministries, departments and agencies had stormed the gate of the office of the Accountant-General over alleged removal of their names from the state’s payroll.

The spokesperson of the protesting civil service  Mr. Henry Abu, a teacher in Government Girls Secondary School, Biq-Qua Town, Calabar, said that about  500 of them were allegedly delisted from the state government payroll in September.

Abu said that the removal of their names from the payroll had caused untold hardship to families of the affected teachers in the state.

However, in a reaction to the allegations, Mr. Christian Ita, the Chief Press Secretary to Gov. Ben Ayade, said that the governor was doing a cleansing of the state payroll in other to delete ghost workers.

See some pictures of the protest below: 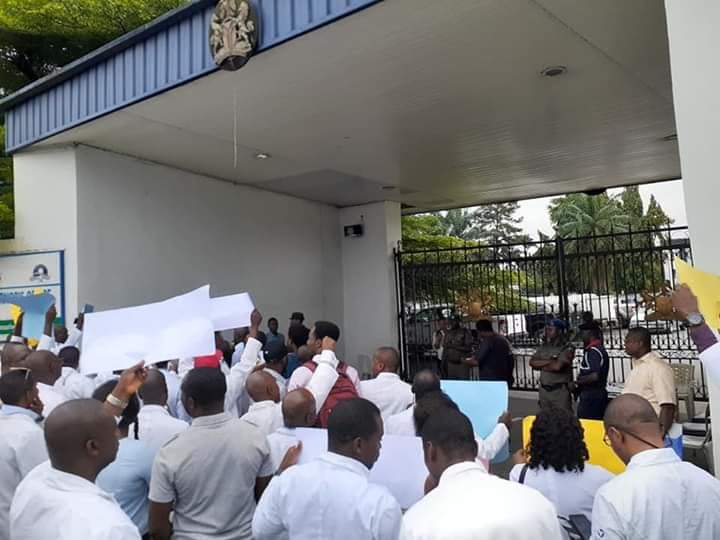 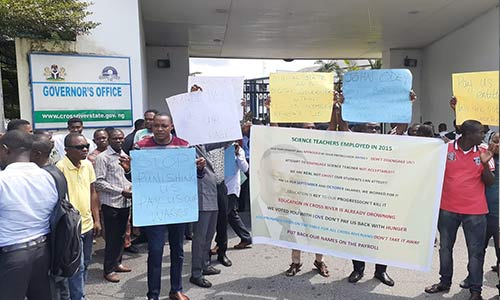 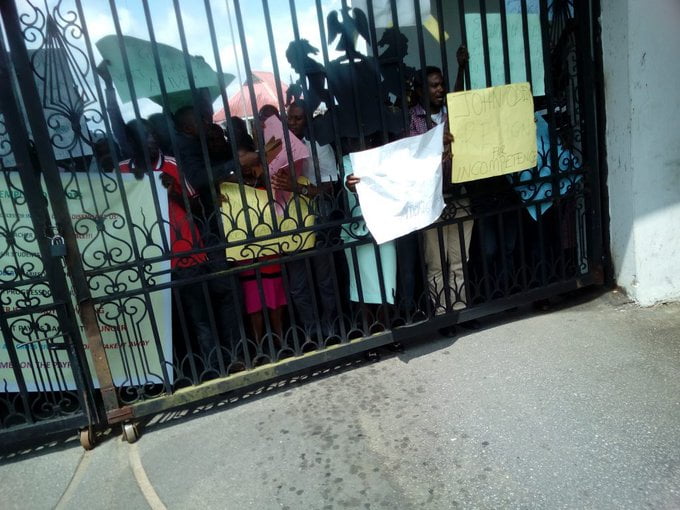