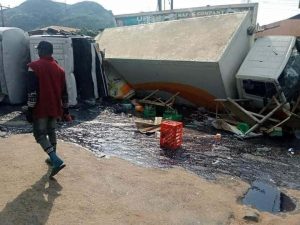 A deadly accident that involves a truck, tanker and motorcycles has claimed the life of a mother and her two kids including another individual in Ondo State.

According to reports, the woman who is said to be pregnant died yesterday, August 29 in the horrible accident at Ikare, Akoko North-East LGA.

Naija News understands that quite a number of persons sustained severe injuries in the accident. It was reported that the tanker conveying diesel had a brake failure and rammed into a moving truck, which eventually crushed the commercial motorcyclists.

Speaking on the incident, the spokesman for the Federal Road Safety Corps (FRSC) in Ondo, Omotola Ogungbawo, confirmed that four casualties were recorded in the terrible event.

However, eyewitnesses claimed that casualties recorded were eight in total. Naija News confirmed that bodies of the deceased persons have been evacuated and deposited in a mourn.

See below graphics photos from the scene of the accident. 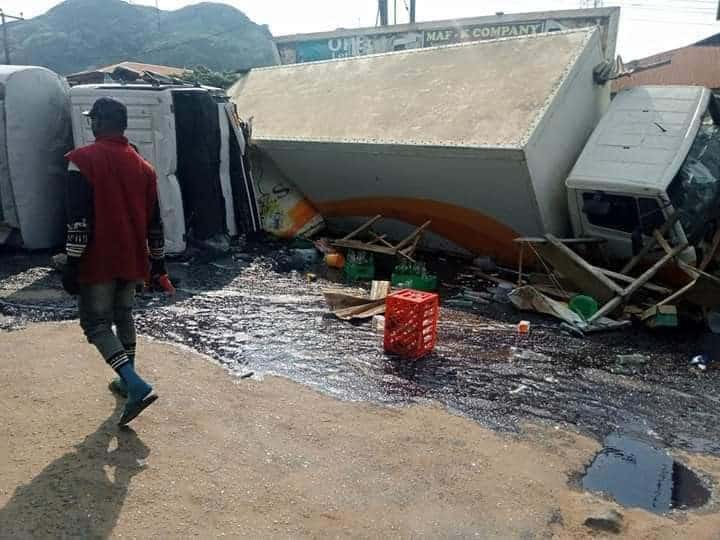 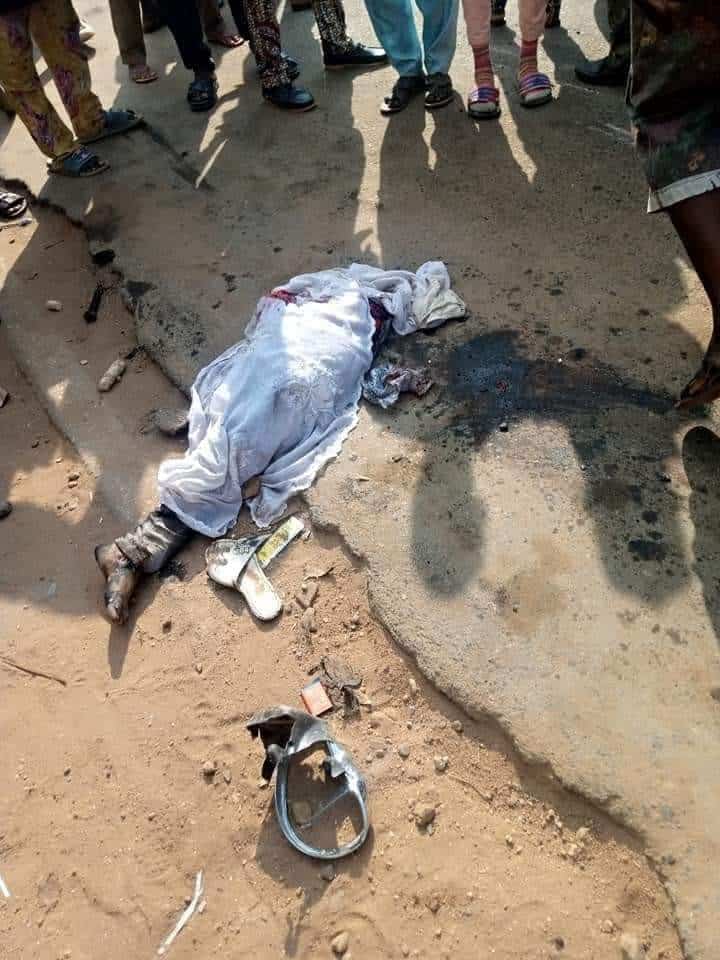 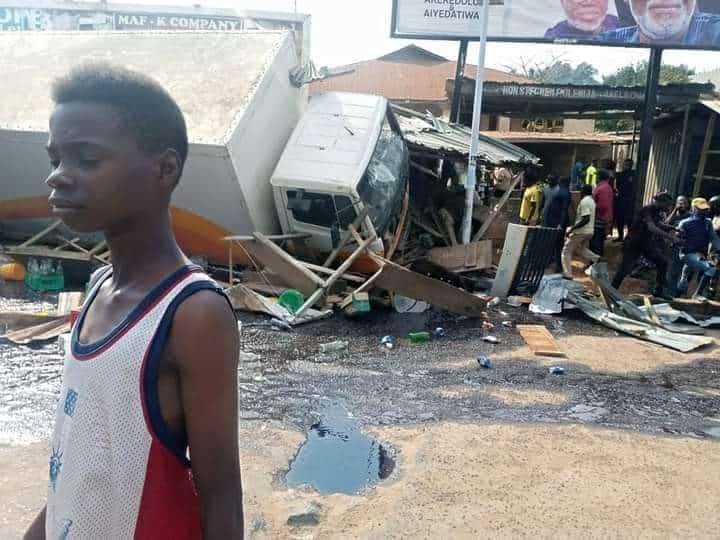 Meanwhile, Naija News had reported earlier that an officer of the Federal Road Safety Corps, Delta State Command was beaten to a pulp in Delta State.