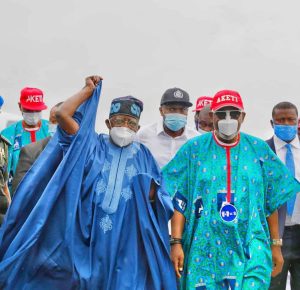 National Leader of the All Progressives Congress (APC), Asiwaju Bola Tinubu has arrived in Akure, the Ondo State capital for the official flag-off of Governor Rotimi Akeredolu’s re-election campaign.

Also, present for the event is the former Governor of Osun State, Chief Bisi Akande, and other party leaders who are in the Western State to support Akeredolu who is seeking a second term in office as the Ondo State Governor.

They were received at the Akure Airport by Governor Akeredolu, the state party Chairman and others.

See the photos of their arrival: 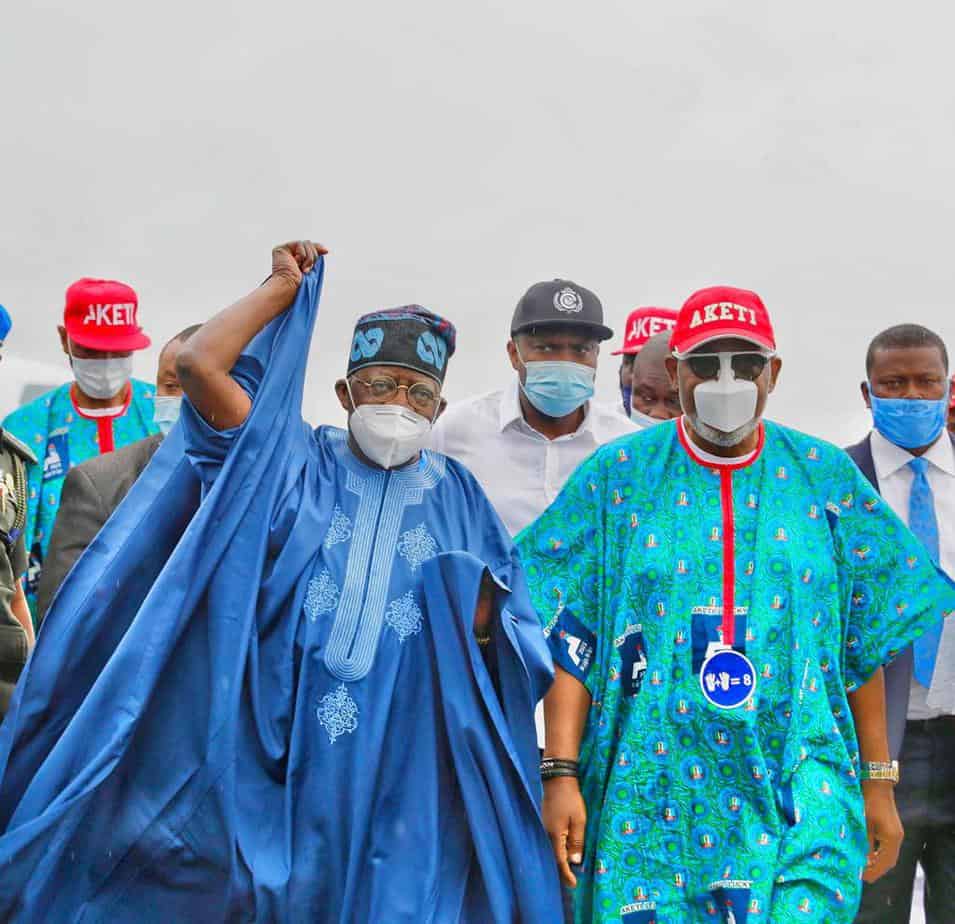 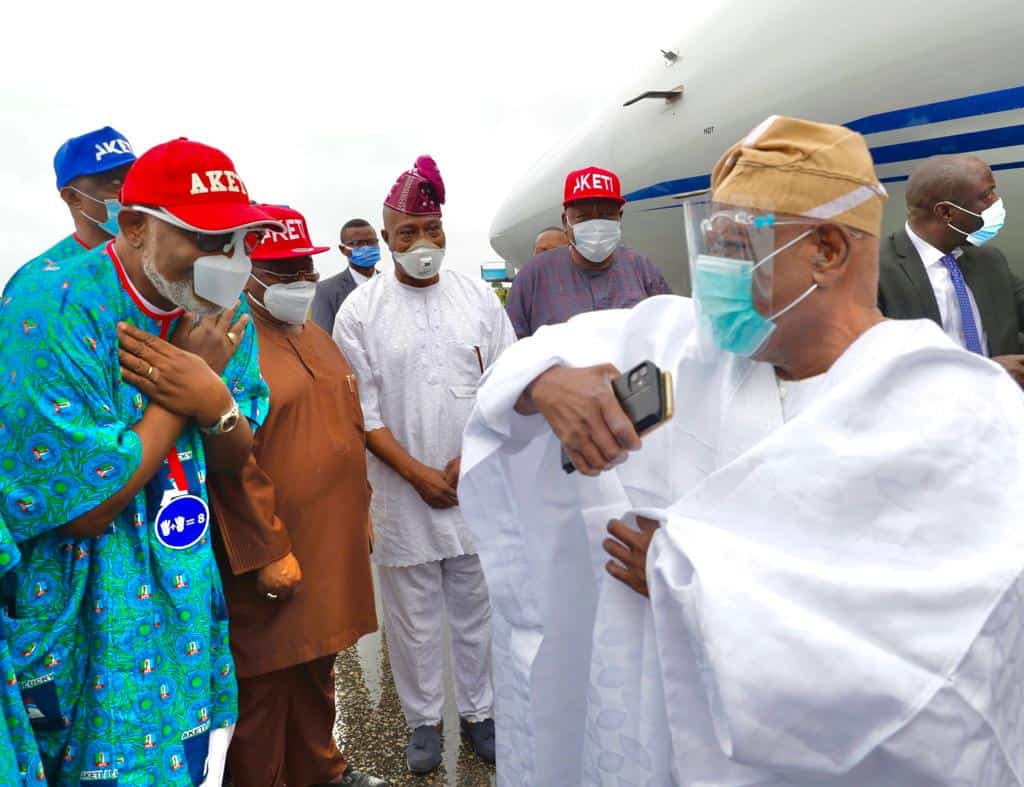 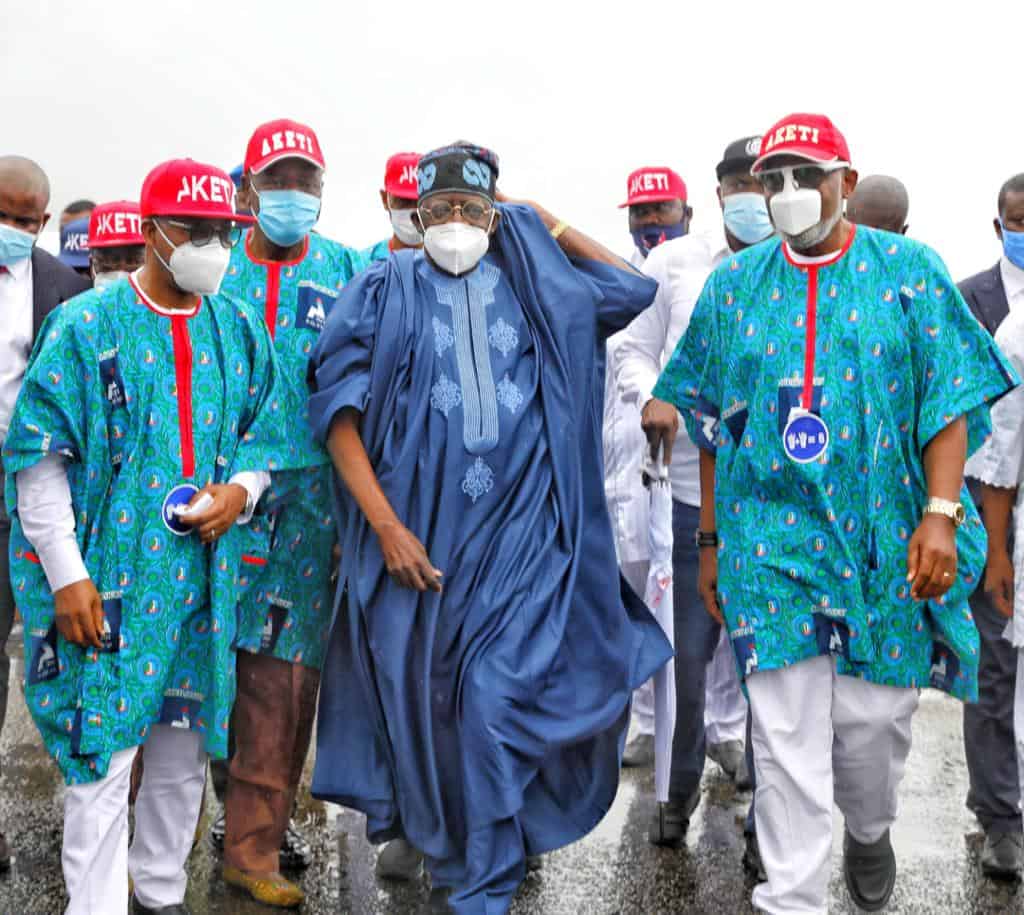 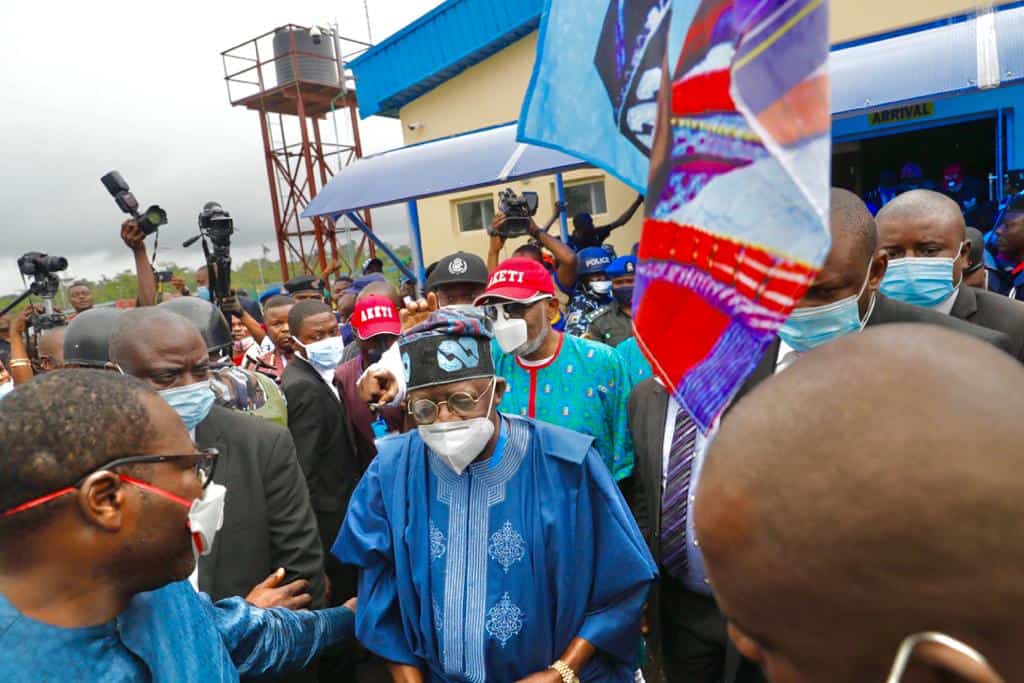