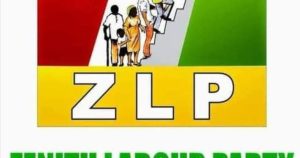 A former Publicity Secretary of the Ondo state chapter of the Peoples Democratic Party (PDP), Nigeria’s main opposition political party, Banji Okunomo, has resigned his membership of the party ahead of Ondo 2020 election.

The former PDP Spokesman is said to be heading for the Zenith Labour Party (ZLP) to join forces with Dr Olusegun Mimiko and Hon Agboola Agbo. Okunomo said he was leaving the PDP alongside 15, 000 members across the 18 local governments areas of Ondo State at a formal declaration to be announced later.

Okunomo contested at the governorship primary of the PDP but got 90 votes. His name was among those presented to the PDP governorship candidate, Eyitayo Jegede, to be picked as running mate but Jegede refused.