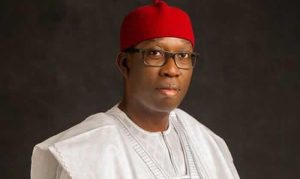 Governor Ifeanyi Okowa has imposed a dawn-to-dusk curfew in Delta State as part of efforts to curb the violence which broke out on Wednesday in Asaba, the state capital.

Naija News gathered hoodlums had on Wednesday, vandalized some properties in the state including the newly reconstructed Koka Junction Recreation Centre in Asaba.

This prompted the Governor on Thursday in a live broadcast to the people of the state, to order the closure of all primary and secondary schools (both private and public) for the next two weeks.

The curfew imposed by the Governor commences by 6 pm on Thursday.