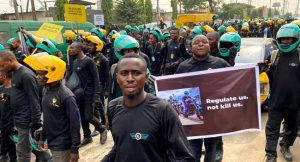 There was a massive protest of Okada riders at the Lagos State House of Assembly earlier today.

Naija News understands that the protesters, which comprise e-riders, Max riders and Gokada stormed the State House of Assembly in the afternoon, demanding for a reversal of the ban on them and tricycles by government.

The riders, who had apparently mobilized themselves in large numbers, marched to the Governor’s Office in Alausa carrying placards with different inscriptions like “Our Live Matter Too,” “Very Soon, Poverty Will Be a Crime in Lagos.” “Na all of us get Lagos, no be only the rich,” “Regulate us, not kill us,” among others.

Some of the protesters lamented the action taken by the state government, describing it as insensitive to the plight of the masses and called for regulations instead of outright ban.

One of the riders lamented the situation, saying “most of us are graduates, I’m not a Yahoo boy, I’m not into cyber crime. Don’t push the youths to the extreme because when it happens, you know what will happen.”

A member of the Lagos State House of Assembly, Bisi Yusuf, representing Alimosho 1 constituency later accepted a written petition from the protesters.

While addressing them later, the lawmaker advised them to be law abiding and also comply with the ban first before their petition was considered.

Here are pictures of the protest 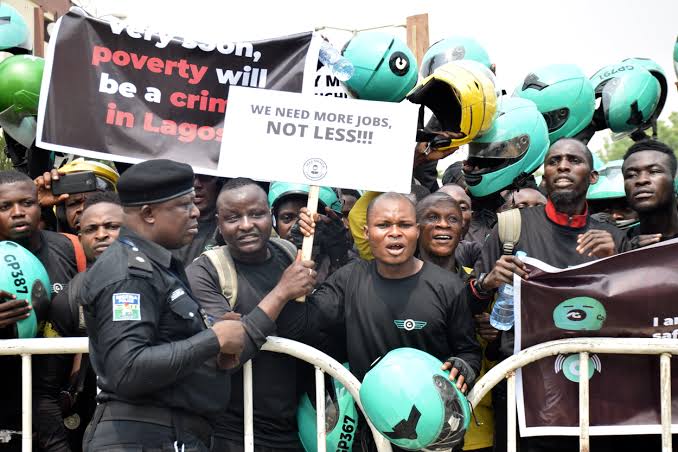 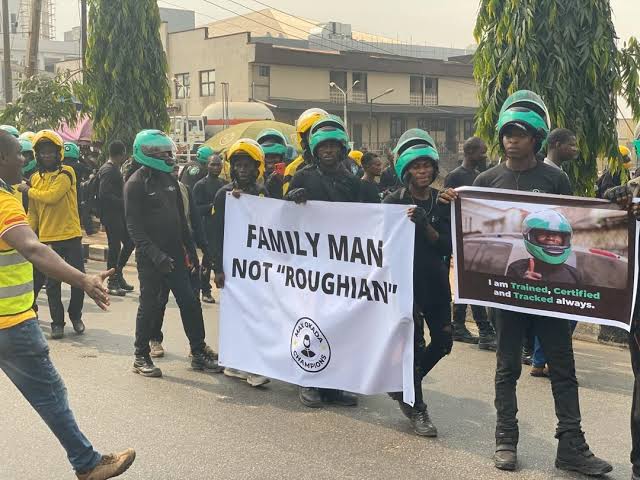 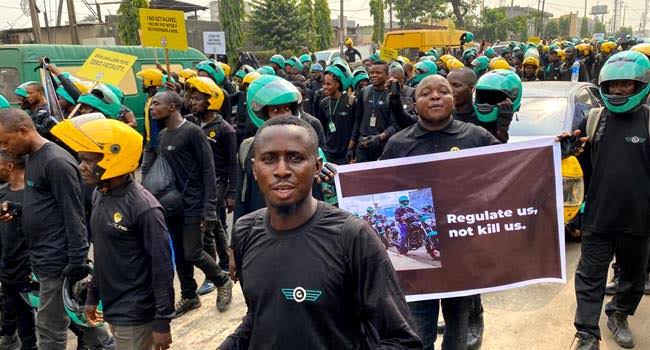 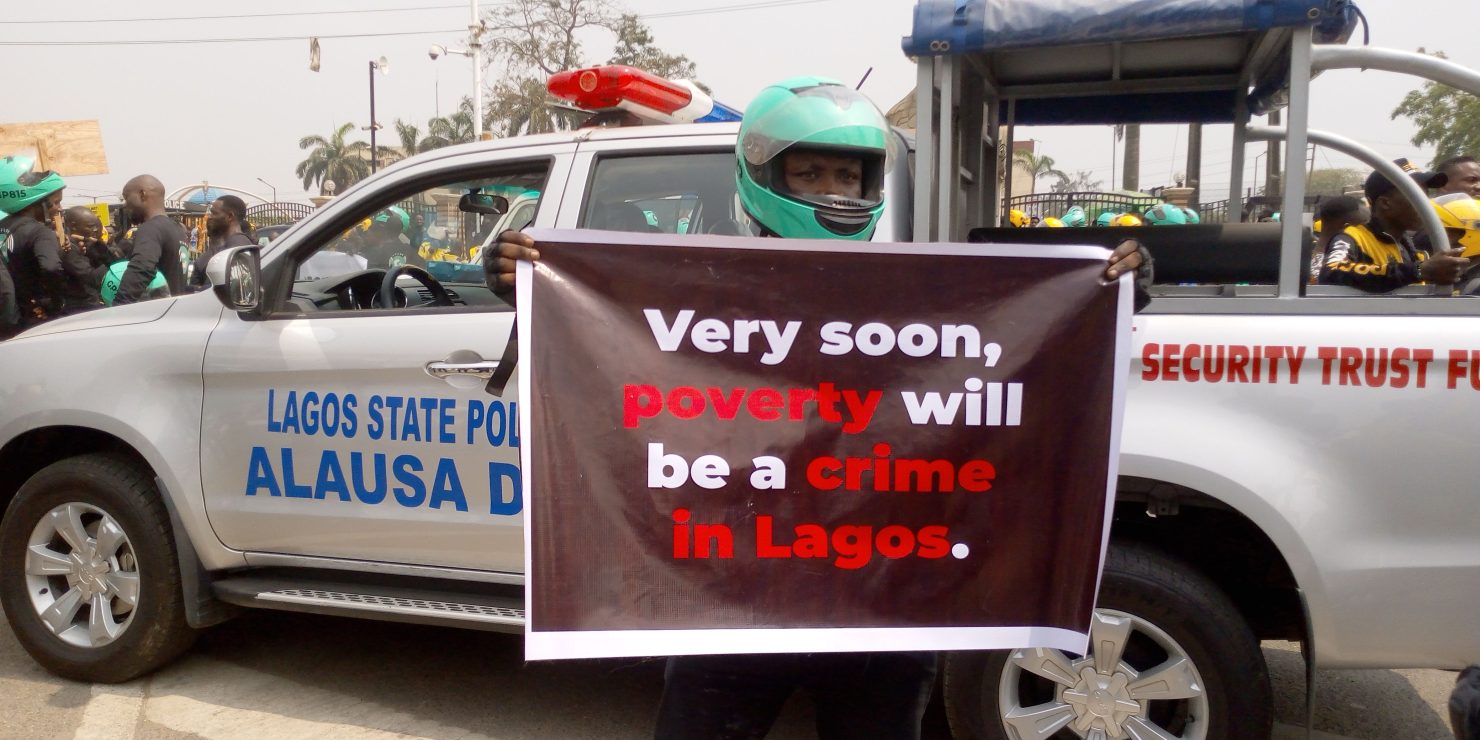