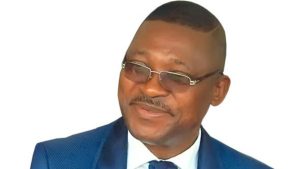 According to Premium Times, Eduok died on Wednesday in Uyo, Akwa Ibom State.

The late air marshal enlisted into the Nigeria Air Force in 1968 and became the 12th Chief of Army Staff on August 27, 1993, an appointment that was reversed a week later by the then military government.

He was reappointed Chief of Air Staff on March 30, 1996 by General Sani Abacha.

Mr Eduok retired from the Nigerian military in 1999. He was reputed to be one of the best-trained combat pilots the Nigerian Air Force has produced.