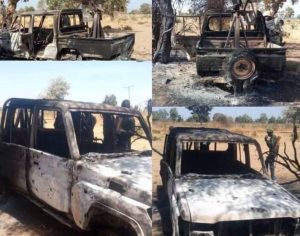 Troops of the Nigerian Military on Wednesday inflicted further casualties on Boko Haram terrorists in Borno State, killing many of them.

Naija News understands no fewer than 31 of the Boko Haram fighters were killed by the troops who prevented an attack on Askira Uba town in Borno State by the terrorists.

It was further gathered that the terrorists had stormed the area with 11 gun trucks but the troops of 28 Task Force Brigade, supported by the Nigerian airforce (NAF) destroyed 9 of them during the encounter.

This was confirmed to PR Nigeria by a military intelligence officer who noted that: “Aircraft were scrambled from Yola and Maiduguri within minutes after ground troops sent the signal.

“For the first time in years, the speed of response between the air taskforce and ground troops is unprecedented.”

The development has attracted commendation from Borno South Senator, Ali Ndume who is also the Chairman Senate Committee on Army.

He commended the troops for their professionalism and dedication to duty.

He said: “I commend the efforts of the men of the Armed Forces which has now given the people confidence that when they hear any information and contact the Army, they would come to their aid.

“The military operation in Askira Uba was professionally executed as there was no loss of lives or property of the indigenes except the killings of the insurgents that attacked the town.”

See the photos from the encounter. 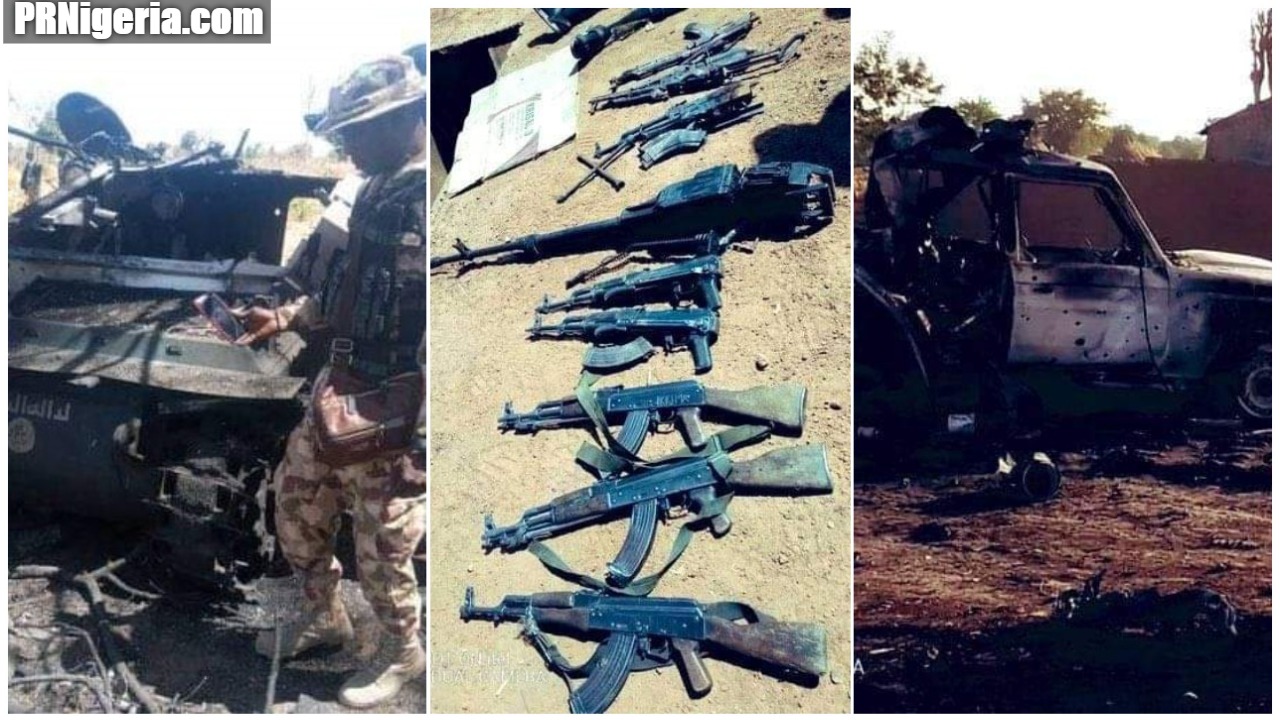 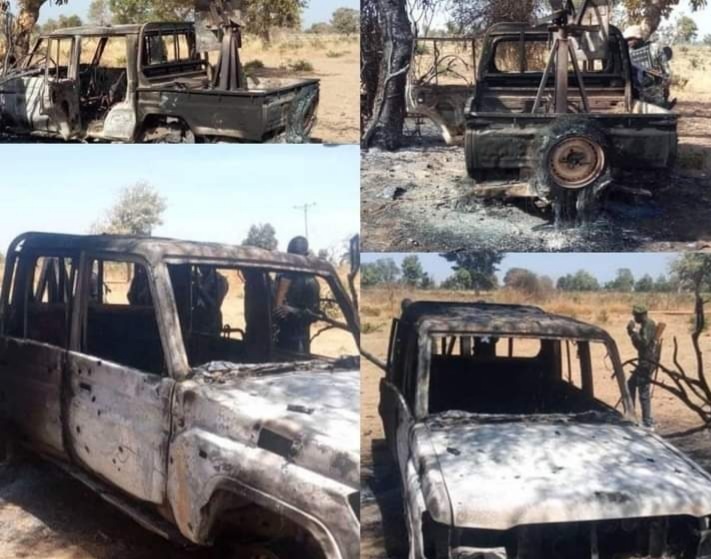 Meanwhile, Governor Samuel Ortom of Benue State has faulted the comment made by his Bauchi counterpart, Bala Mohammed, that Fulani herdsmen carry firearms to protect themselves.

Naija News had reported that Mohammed said herders carry guns to protect themselves against cattle rustlers who attack, kill and take away their possessions.

He also condemned Ortom for handling the farmers and herdsmen clashes poorly and accused Ortom of fuelling the criminalisation of the Fulani tribe in the country.

”My brother and my colleague Ortom started all this as regards herders clashes with other tribes. That’s why I must commend the Chairman of the Northern Governors Forum, NGF Solomon Lalong, he is a hero in the promotion of peace despite his diverse and minority background, he put an end to the Incessant fighting between herdsmen and other tribes in Plateau,” he had said.

In a statement on Friday through his media, Terver Akase, Governor Ortom said he was disappointed in the Bauchi governor’s statement, adding that such utterances were not expected from a state governor.