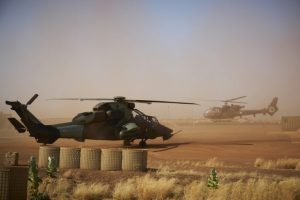 The headquarters of the Nigerian Army in Abuja made this known in a statement on Saturday.

A video was posted on its Twitter page shows how it carried out airstrikes on the camp. The army however did not disclose the number of casualties.

It also did not say whether there were any casualties or injuries on the part of its troops.

On Friday, Army spokesman Major General John Enenche said they had killed 869 terrorists and rescued 321 hostages in the past three months.