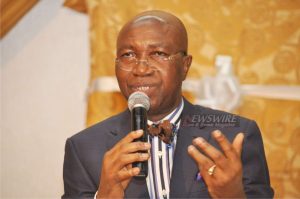 Senior Advocate of Nigeria and former President of the Nigerian Bar Association, Chief Wole Olanipekun has called for a total redrafting and replacement of Nigeria’s constitution.

Olanipekun in his submission said what Nigeria needs to make progress is more than just amending the current constitution which he explained is far from realities in the country.

The legal luminary noted that the current constitution was imposed on Nigerians by the military and there is the need for “a total overhaul, a redrafting, a re-crafting and a total replacement, starting from the preamble to the definition schedule”.

According to Olanipekun who spoke on Saturday at his Ikere Ekiti hometown in Ekiti State, the country needs full and drastic restructuring.

He said there is the need “to drastically restructure this country, starting from the architectural layout of government and governance as wantonly displayed in the constitution foisted on us by the outgoing military government without any input by Nigerians”.

He added that “Between now and 2023, we should be able to have a clean, practical, pragmatic and acceptable constitution which can jurisprudentially be described as grundnorm.

“All arms of government have to be completely redefined, resituated and restrategised for a new Nigeria which will bring about ‘unity and faith, peace and progress’.

“To achieve this end, the National Assembly must also come to the reality that we need the application of the doctrine of necessity for them to jettison whatever powers are vested in them by the Section 9 of the constitution to segmentally amend it according to the whims and caprices to ‘we, the people of Nigeria’”.

Olanipekun submitted that the call for restructuring and constitutional replacement should not be seen as affront on any government, but rather the need for Nigerians to “sit down and give ourselves a true, realistic and workable constitution after we might have earnestly put all our cards on the table by expressing all our wishes and aspirations.”

“This does not translate to termination or suspension of any of the governments at federal, state or local government levels; so that no one should be under any misgiving that one is advocating a displacement or any government,” he declared.