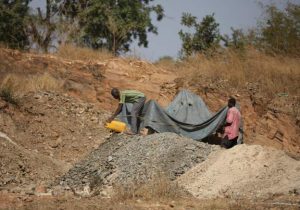 The government of Niger State has ordered the suspension of mining operations in Paikoro and Shiroro Local Government Areas.

The government announced the move in a statement issued by the office of the secretary to the state government, Ahmed Ibrahim Matane.

The statement said all mining operations in the local government areas had been suspended due to security and environmental concerns.

The Secretary-General said the government must take action as environmental degradation and insecurity caused by the activities of miners in the areas has reached an alarming level, which also requires urgent action to address the problems in the affected local government areas.

The statement called on miners and traditional leaders in the region to cooperate with the government and security agencies.