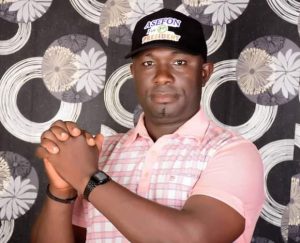 The newly pronounced President of the National Association of Nigerian Students, Sunday Asefon, has revealed that it was God who helped him emerge winner of the recently concluded election in Abuja.

Speaking during an online interview with the Punch a few moments ago, Asefon debunked the news going about that his election was sponsored by Governor Kayode Fayemi of Ekiti State.

He added that the students accepted his candidacy and him their mandates.

“I have not set my eyes on Governor Kayode Fayemi of Ekiti State. No politician sponsored me. I consolidated on my mandate and I was not sponsored by anybody. The students accepted my candidacy and the students gave me their mandates,” Asefon noted.

The NANS president condemned Nigerians who were of the opinion that he was too old to lead the students’ body. He noted that anyone can contest for the position so long they are youths like him and wins the collective mandate of the students.

Naija News recalls that the newly-elected NANS president while reacting to the controversies generated about his age earlier noted that he is 35 years old and a post-graduate student of the Department of Public Sector Governance and Administration, Ekiti State University, Ado Ekiti.

However, Asefon has said he would not allow critics to distract him of the task ahead.

“I will not be distracted despite attempts to frame me. I have been given the mandate to raise the consciousness of the Nigerian students and liberate them from the shackles and manacles of oppressors,” He said.

He insisted that no student shot during the electoral process but security operatives intervened and shot in the air in a bid to scare unscrupulous persons from fomenting trouble at the election ground.

He added, “I didn’t see any student with any gun. Security operatives shot to restore peace and scare those who wanted to disrupt the election.”

Meanwhile, the federal government of Nigeria on Wednesday announced that a scheduled meeting with the Academic Staff Union of Universities (ASUU) has been postponed, Naija News reports.