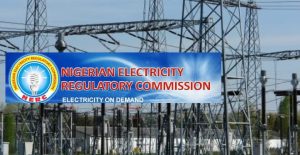 The Nigerian Electricity Regulatory Commission (NERC) on Tuesday afternoon dismissed reports that it approved a 50% increase in electricity tariffs.

Naija News had reported that power consumers across the country will now pay higher than the usual in 2021. The development was revealed by the NERC, in its December 2020 minor review of the Multi-Year Tariff Order and Minimum Remittance Order made available to newsmen in Abuja on Tuesday, January 5, 2021.

According to the NERC in the report, the increase which varies, based on different consumer classes kicked off from January 1, 2021.

But some news platforms (not Naija News) had claimed that the new tariff was a 50% increase from the previous one.

Clarifying the reports in a fresh statement, the NERC stated that customers on service bands D & E (customers being served less than an average of 12hrs of supply per day over a period of one month) remain frozen and subsidised.

The regulatory commission said the rates were adjusted by N2.00 to N4.00 per kWhr to reflect the partial impact of inflation and movement in foreign exchange.

“The Commission hereby state unequivocally that NO approval has been granted for a 50% tariff increase in the Tariff Order for electricity distribution companies which took effect on January 1, 2021.

“On the contrary, the tariff for customers on service bands D & E (customers being served less than an average of 12hrs of supply per day over a period of one month) remains frozen and subsidised in line with the policy direction of the FG.

“In compliance with the provisions of the EPSR Act and the nation’s tariff methodology for biannual minor review, the rates for service bands A, B, C, D and E have been adjusted by NGN2.00 to NGN4.00 per kWhr to reflect the partial impact of inflation & movement in forex.”

The NERC urged the media to retract their earlier publications misinforming electricity consumers nationwide about a purported 50% increase in electricity tariffs.

It insisted that it remain committed to protecting electricity consumers from failure to deliver on committed service levels under the service-based tariff regime.

“Any customer that has been impacted by any rate increases beyond the above provision of the tariff Order should report to the Commission at customer.complaints@nerc.gov.ng,” it added.