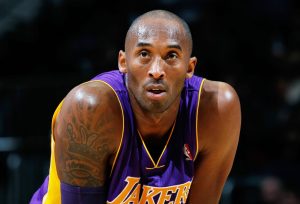 Tributes have continued to pour in for the NBA legend that spent his entire 20-yer career with the Lakers.

There were 9 people aboard the helicopter including Kobe Bryant and the pilot that all lost their life. But, the @LASDHQ will not confirm any of the deceased who were on board. When we know more, I will share it!!! #kobe #blackmamba

Talking about the life and legacy of Kobe Bryant who tragically died in a helicopter crash earlier today. pic.twitter.com/NmysIabkKR

BREAKING: There were NINE people who died in the helicopter crash including Kobe Bryant.
The pilot plus 8 people: Alex Villanueva, LA County Sheriff.#KobeBryant #RIPKobeBryant

Just landed in Miami for Super Bowl. Learned news about Kobe Bryant, his daughter & the others who passed in the helicopter crash mid flight. Have been in a daze for the last 3 hours. No words. Thoughts & prayers. Live best life today b/c tomorrow is promised to no one. #RIPMamba

I just want to say that I'm startled and discombobulated, as many are, by Kobe Bryant's death. I'm continuing this live-read of the Parnas Tape because Trump's impeachment trial restarts tomorrow, and while Kobe's death is a tragedy, so too is what's happening in D.C. right now.

Communities are in mourning following the tragic passing of Kobe Bryant and his 13-year-old daughter, Gianna Maria. https://t.co/0d0a2DujlV

A true sporting icon. A legend among legends. An incredible legacy.

Kobe Bryant transcended sports and will never be forgotten.

After the shock of hearing of the sudden death not only of Kobe Bryant, but his daughter and the other passengers, I phoned my brothers. I told them how much I love them. We may not choose how we die, but with much work maybe we can choose how we live. Kobe lived big. #RIPMamba