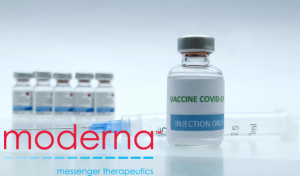 Moderna, an American biotechnology company, on Monday announced its COVID-19 vaccine was 94.5 percent effective in a trial of 30,000 patients.

The well-received news bolstered the company’s share price by 9.59 percent or $8.57 to $97.96 per share as investors now believed Moderna could receive FDA emergency approval by December. 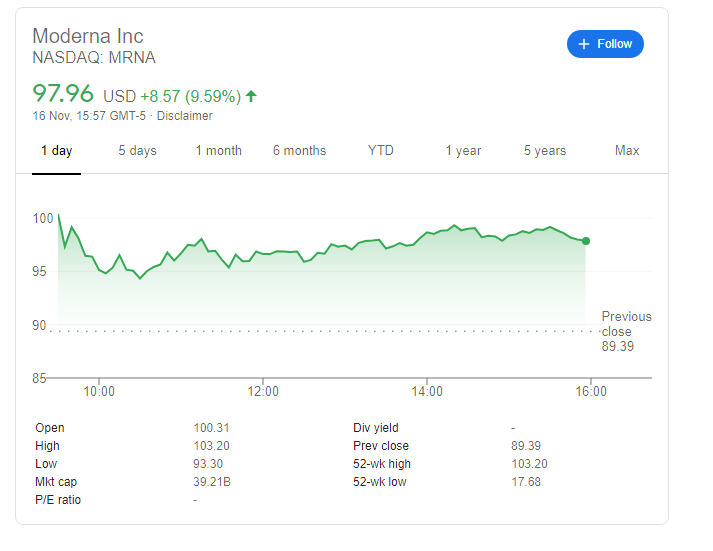 However, Moderna seems more effective given the size of its trial.

The Cambridge, Massachusetts based drug discovery and development company revenue stood at $60.2 million in 2019. That amount is expected to jump in 2021, especially if today’s announcement materialised in the market.

In Asia stock rose by over 5 percent both on better than expected third-quarter GDP from technology reach economy, Japan and the news that vaccine could be available for COVID-19 as early as first quarter 2021.

The strong optimism also aids stocks in Europe as FTSE 100 gained about 1.6 percent to add £26 billion to the value of shares. Bringing its November gain to 15 percent.

While the various vaccine announcement continues to aid the global economy, experts are saying it could take several months or even a year to produce, distribute and vaccinate just the USA.

This, David Rubenstein, the co-founder of the Carlyle Group, said could be challenging for the president-elect, Joe Biden.

“That’s what the new administration is going to have to worry about, getting the distribution method done, and it’s going to be like a D-day event”, Rubenstein said. “It’s an enormous logistical problem, and it can be done, but it’s going to be a lot of work.”