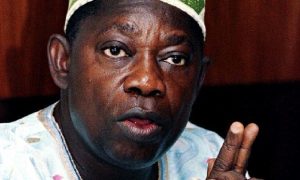 The police has released two sons of Moshood Abiola, Kassim and Aliyu after being detained for 13 days.

They were arrested and detained over a robbery incident that took place at MKO’s residence on September 2.

The police had detained the duo at the Special Anti-Robbery Squad in Ikeja as against the position of the law that forbids detention of suspects for more than 48 hours.

Information gathered revealed that the step-mum said they were arrested owing to their unruly acts to the police officers during interrogation.

Naija News had earlier reported that the duo approached a Lagos State High Court in Ikeja for the enforcement of their fundamental rights and demanded N100 million as compensation.

Their counsel, Mike Ozekhome, who spoke with Premium Times, on Tuesday confirmed the release of the duo.

He said their bail was secured around 3:00 p.m.

Further report revealed that the first daughter of late businessman, Lola Abiola-Edewor, signed an undertaking with the police seeking the release on bail of her two brothers and their internal staff.

In his reaction, the learned silk expressed his excitement. He also warned that powerful people should know that power is ephemeral.

When asked about the continuation of the fundamental human rights suit, Mr Ozekhome said he awaits further instruction from Olive Abiola, the Cameroonian mother of the duo, who lives in Zimbabwe.