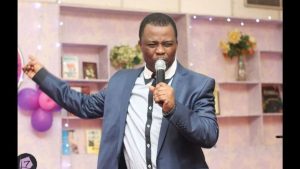 The founder of Mountain of Fire and Miracles Ministries (MFM), Dr. Daniel Olukoya has released his prophecies for 2021, tagging the new year the “Year of Restoration and Revival.”

Olukoya who is also the General Overseer of the MFM in his 2021 prophecies released on new year crossover night on Thursday, urged Nigerians to pray.

1. Is a year where serious prayers are needed to confront the fruit of this pandemic. The pandemic is yielding terrible fruits.

2. Is a year of aggressive engagement of the enemies in violent warfare.

3. A year of terrible temptations.

4. A year of deep distresses that only the balm of Gilead can solve.

5. Is going to be a year of strange rebellion and conspiracy.

7. Unless we pray very well, there will be breakdown of structures and protest.

8. A year of wilderness wandering and vagabond. Many will wake up and discover they’ve destroyed their lives.

9. It will be a year of multiple-magnified multiple problems.

10. Anyone who has come from polygamous family should pray very well in 2021 because the effect of that polygamous will be hugely dramatised.

11. Is a year of programmed controversies.

12. A year will need pray against the rage of waters.

13. A year will should pray against strange environmental disasters.

14. A year of very strange confrontations.

15. It will be a year of strategically inspired battles and wars. The beautiful thing is that, all these things can be arrested on the altar of prayer.

16. The Almighty God Himself wants this year to be a year of emotional and mental refreshments for those who key into it.

17. The hissings and bitings of envious children of God shall backfire.

18. Is a year you must seek for divine encounter. You must allow the words of Job 42:5 to manifest in your life.

19. Is a year of the cleansing of our household from idols and abomination. Carryout a spiritual sanitisation of your house.

20. A year will need to raise altars and call on the name of the Lord frequently.

21. Is a year where if you do your restitution, it will yield dividends. If you’ve restitution to make, kindly do so quickly.

22. As people are getting closer to God and praying, it will be a year of multiple appearances.

23. It’s going to be a year where sacrifices and obedience will be tested, that is, whether you’re sacrificing to the things of God or not.

24. A year were investing your skills and creativity will yield multiple dividends to you.

25. Is a year of the 7 Ds: Desire, Determination, Discipline, Discipleship, Discernment, Deliverance, and Dominion.

26. It will be a year of chastising the sons and humbling of the proud.

27. Is a year to avoid these seven assassins: Selfishness, Pride, Parental disobedience, Lack of holiness, Unforgiveness, Stubbornness, and Prayerlessness.

28. It will be a year of mighty miracles for many.

29. It’s a year you must deploy your gifts to serve the Lord.

30. For young men and women, it’s a year of divine mandate to raise prophets among the youths.

31. It’s also a year where the Lord will be raising young Esthers both in the public sphere and church of God so as to leave a landmark.

32. It will be a year of dominion over our troubles.

33. Is a year of Goshen where the Lord will put difference between those serving Him and those who are not serving Him. Also, is a year of going back to Bethel to seek the face of God.

34. Is a year we must pray seriously that God will invade our nation.