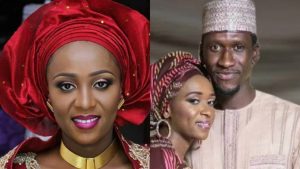 The Court of Appeal in Abuja dismissed the case filed by Maryam Sanda for lack of evidence.

The court reiterated the verdict of an Abuja High Court, which sentenced her to death by hanging for the murder of her husband, Bilyaminu Bello.

In his ruling, Justice Steven Adah said the court was responsible for administering justice as provided by law and not arbitrary.

On January 27, 2020, Justice Yusuf Halilu sentenced Maryam Sanda to death, saying “by hanging until she dies”.

She was convicted of stabbing Benjamin, the daughter of former PDP leader Haliru Bello.

She was first charged in 2017 after the death of her husband during a dispute between the couple.

Maryam denies any involvement in the killing of her husband, who she says slipped and fell on a shisha bottle and a piece of the broken glass got stuck to his chest.