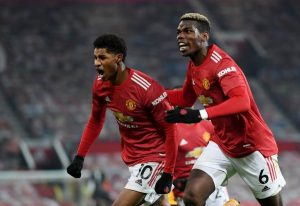 Liverpool FC has been reduced to the second position on the English Premier League table after Manchester United defeated Burnley to 0-1 on Tuesday night.

United will now face Liverpool in their 18th 20/21 season game on Sunday, January 17 at Anfield.

Naija News understands that the Reds had last lost a match at Anfield after their 2-1 loss against Crystal Palace on April 23, 2017, when Christian Benteke grabbed both goals against his former club.

In another news earlier, Naija News reports that Juventus goalkeeper Wojciech Szczesny has revealed that his teammate, Cristiano Ronaldo was made to buy the entire squad iMacs after his 2018 red card against Valencia.

On his Champions League debut for the Old Lady, the Portuguese superstar was reduced to tears after being red-carded for pulling the hair of opposition defender Jeison Murillo.